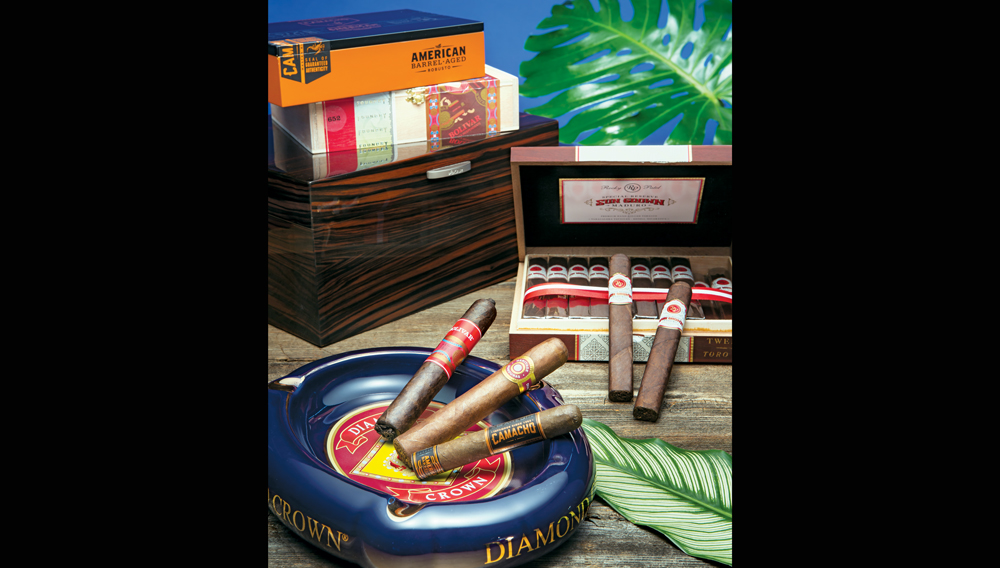 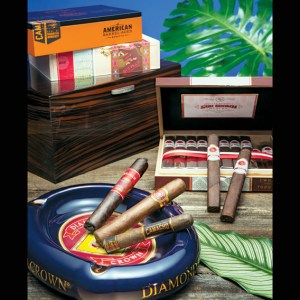 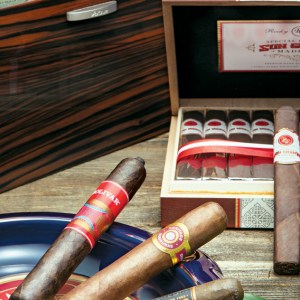 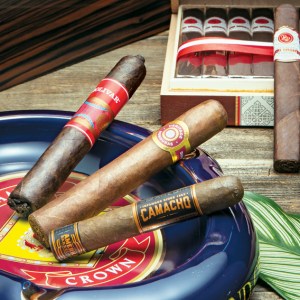 Camacho has put a U.S. spin on the old Cuban cigar-making technique of maturing tobacco in rum barrels. The company has aged 6-year-old Honduran Corojo filler leaves in Kentucky bourbon barrels. After five months of maturation, those leaves were combined with Connecticut and Pennsylvania broadleaf maduro tobaccos and paired with a Connecticut broadleaf wrapper and binder. The result is a hefty Dominican cigar that wraps the palate in sweet and sour smoky essences. Three sizes are produced: a 5 × 50 robusto, a 6 × 50 toro, and a 6 × 60 gordo. ($10–$12) camachocigars.com

This cigar, named after the Venezuelan military and political leader who led the South American revolution against Spain, was recently overhauled. It now features a new hybrid Habano Connecticut wrapper, an Ecuadoran binder, and a filler blend of Dominican, Honduran, Mexican, and Nicaraguan tobaccos. The combination delivers mouth-filling flavors of sweet, powerful spice. All three sizes feature an untrimmed “wild” foot. ($6.49–$7.49) foundrytobaccocompany.com

Not to be confused with the original, medium-bodied Rocky Patel Sun Grown cigar, with its Ecuadoran Sumatra wrapper, this much heftier Connecticut broadleaf maduro version is darker in color and substantially stronger in taste. Triple-capped over a double Nicaraguan binder and sporting an all-Nicaraguan filler, the cigar is, according to Patel, “rich and decadent.” It pairs well with a snifter of Russell’s Reserve 1998 bourbon. Of the five available sizes, the 5 × 52 petit belicoso is our choice for a winter-evening smoke. ($8.60–$10.40) rockypatel.com

While it may be milder than the other strong cigars that we are spotlighting, the Heritage is Dunhill’s most robust offering. It is made from an Ecuadoran Habano ligero wrapper and a filler blend that includes 10-year-old Nicaraguan Ometepe, 8-year-old Honduran Jamastran, and 3-year-old Nicaraguan leaf from Estelí. A Nicaraguan Jalapa binder completes this complex and spicy smoke. Our favorite of the four sizes is the 6 × 60 gigante, which will pair well with a flute of Bollinger 2002 La Grande Année on New Year’s Eve. ($10.15–$12.95) cigarworld.com