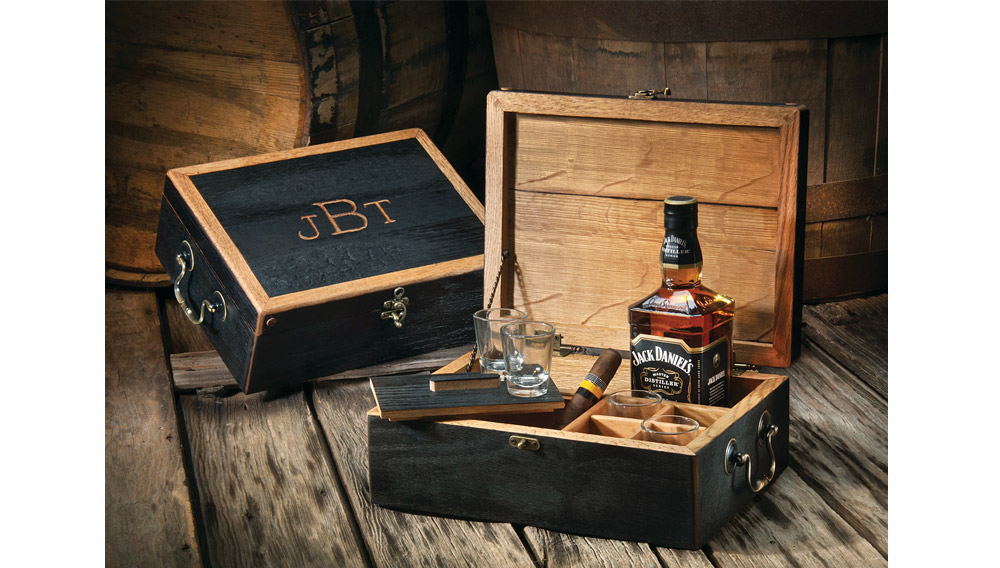 Whisky barrels pressed into service to celebrate a festive occasion.

James broyhill ii represents the fourth generation of a family that has been making furniture since the early 20th century. As the 30-year-old reflects on his childhood spent in a woodworking studio, Broyhill acknowledges that he “grew up with sawdust in my veins.”  Much like his great-grandfather, who found the inspiration to launch the family’s business while experimenting in a wood shop, Broyhill’s idea for what would become Heritage Handcrafted materialized while he was tinkering in his workshop, deconstructing a whiskey barrel.

As Broyhill tells the story, the Heritage Handcrafted portfolio of furnishings—which includes coffee tables, Adirondack chairs, chandeliers, and other pieces—began with a bench made of barrel staves that Broyhill gifted to his parents for Christmas in 2007. Family members and friends soon requested one of their own, and before long, word of mouth had spread to the point that Broyhill was fielding inquiries from strangers. The original bench (along with most other pieces in Broyhill’s collection) embraced the curves of oak staves, but Broyhill’s latest creation, this Celebration Box, is noteworthy for its straight lines and surfaces. “It’s a very precise construction and the wood needs to be altered from its original form to create the new shape,” Broyhill says, explaining that he originally had to press the wood for two weeks, but he has since partnered with a flooring specialist who uses a patented system that reduces that pressing time.

The box, which is designed to hold a special celebratory bottle of Scotch, whiskey, or bourbon (not included), measures 11 inches long, 10 inches wide, and 5 inches deep; it weighs about 17 pounds; and it costs $400. “We’re constructing the sides from three-quarter-inch oak, so it’s fairly heavy,” Broyhill says, “but we want you to feel that it’s heavy.” As for how the box compares to his other pieces, the furniture maker believes it’s the most intricate of his designs. “It’s more challenging,” he says of the process needed to make each box. “It involves more precise measurements and it also incorporates traditional joinery.”

Each commissioned piece can be customized with a monogrammed top and with a unique interior configuration (including a Spanish cedar–lined cigar compartment, if desired). Additionally, Broyhill says that he can make a box out of rare barrel wood, as long as the client can supply it. Ultimately, he says that the box reflects his original vision and a desire to create something that no one else could offer. “I wanted this to be our own from the beginning,” he says. “It just came from that creativity and the interest of wanting to create something unique.”