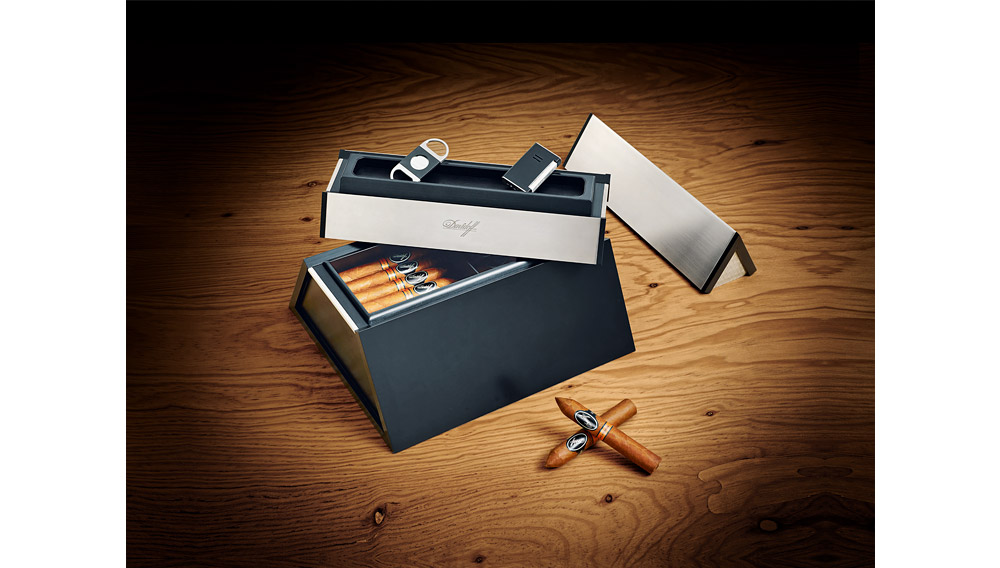 A Swiss tobacconist’s 10-year approach to Nicaraguan cigars and the limited-edition humidor that celebrates the journey.

Ten years ago, the Davidoff team of tobacco specialists set out to discover new, raw tobaccos that would contribute to a revolutionary taste profile for the brand—one that delivered bittersweet palate stimulation.  Up to that point, Davidoff had worked with tobaccos sourced from numerous countries, including Ecuador, Honduras, Mexico, and Peru; but to produce something distinctive, the brand set its sights on crafting a cigar made exclusively from Nicaragua-sourced tobacco. As the brand’s tobacco masters acknowledged, the venture was no easy undertaking.

According to Edward Simon, Davidoff’s global marketing director, Nicaraguan tobacco is known for its rough and aggressive flavor, a characteristic influenced by the country’s volcanic soil. Davidoff didn’t intend to reinvent the wheel with its Nicaraguan emersion; other cigar makers have produced 100 percent Nicaraguan cigars for years. Instead, Davidoff aimed to produce a finished product that held up to the brand’s standards of balance and taste—and that required years of experimentation with blending, aging, and fermenting the tobacco. “It’s not about delivering as many spices or as much of a peppery smoke as you can,” Simon says. “The challenge was to tame the wild tendencies of the Nicaraguan tobacco. We ventured out to Nicaragua and came back with a pure Nicaragua cigar. That pureness of origin is very special. These cigars are round, balanced, aromatic, and sophisticated smokes.”

To celebrate that success, Davidoff unveiled a limited-edition Nicaragua humidor earlier this year. It features a magnetized closing mechanism and a removable accessories compartment, but the humidor, which costs $3,900, turns heads due to its unusual, triangular shape—an ode to Nicaragua’s volcanic landscape. Only 250 examples were made, with 100 designated for sale in the United States. In addition, each humidor is stocked with 48 Nicaragua Belicosos—cigars with a unique tobacco blend compared to the brand’s traditional line of Nicaraguan smokes, and which are obtainable only with the purchase of a humidor. The Belicoso shape also allows the smoker to better appreciate the cigar’s nuanced flavors. “The Belicoso packs a bit more punch,” Simon says. “It’s a bit stronger because the ring gauge is a bit smaller, so this helps to pronounce and bring out the characteristics of the smoke. It’s more of an intense pleasure compared to other Nicaraguan cigars.

“We blended this cigar with the goal of delivering just a bit more of an intense sensation,” he continues. “A Davidoff Nicaragua is not for beginners. It has a fuller body compared to the Davidoff Classic. This is for a more seasoned smoker who appreciates the bigger intensity of the smoke.”

Simon has smoked fine cigars for more than a decade and says that the enjoyment of a complex, well-crafted cigar can transport him to a state of mind where the stress and the frenzied pace of life fade away. The Nicaragua Belicoso, according to Simon, has that capability, and it exists in three phases. The first third of the cigar delivers more pronounced spices and earthy tones. That mellows into an enjoyable sweetness and culminates with a developing creaminess. “What we really wanted to make was an entertaining cigar,” Simon says. “It lives a bit of a life while you are enjoying it.”