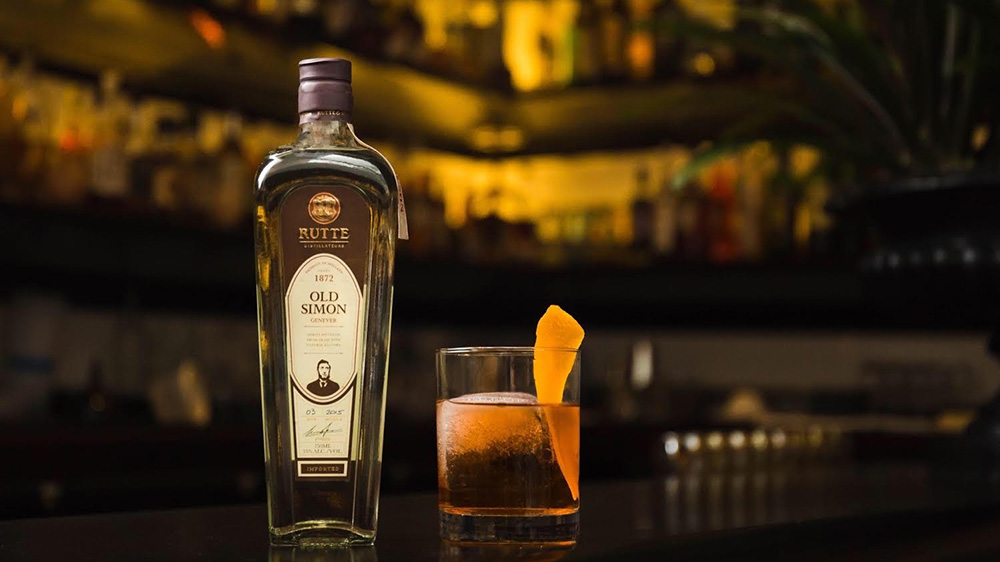 What’s true about cycles in design and fashion appears to be true for spirits, as well: What goes around comes around. Before our recent craze for gin, before the phenomenon of the “gin bar,” there was genever. Long before, actually. Dating back to the early 1600s in Holland, genever was the forerunner—the older cousin, if you will—of the botanical spirit that came to be known as dry gin.

The Dutch original, though, didn’t start with a neutral spirit. Having already developed a way to distill mash made from grains (largely barley and rye), in the age of the plague the Dutch began giving their distillates a medicinal twist by infusing botanicals—herbs, spices, and such. A solid favorite in Northern Europe, juniper was the one that dominated, and the “malt wine” as they first called it became known as genever.

It seems the English loved the stuff and co-opted the malty, grainy spirit. And as the cocktail culture in the U.S. neared fever pitch in the late 1800s, we embraced it, too. Americans began drinking boatloads of spirits from Holland.

Enter the column still in that century, though, and genever made a curiously fast exit. The English began lightening their distillates while retaining the botanicals, and London Dry Gin was born. In a few short years, we abandoned our taste for the sweeter, heavier spirit. Gin was our drink.

Until it wasn’t. The juniper-rich spirit languished through the last half of the 20th century, and when clear spirits caught our eye again, truly neutral vodka ran away with the public’s collective taste. Call it a quest for flavor, or what you will, but the comeback that gin has staged in the last decade is nothing short of meteoric. And now, in an age hungry for history and authenticity, look for gin’s 400-year-old ancestor coming to your favorite watering hole soon.

The new genevers are far from single-note wonders. Some lean old-style, based largely on malt mash (and are very grainy in character); many have lightened up, with only a percentage of mash, so they lean toward the fresher gin style; and some are actually barrel aged. What we have, then, is a spectrum capable of satisfying the gin lover all the way to hard-core whiskey fans.

Myriam Hendrickx, master distiller at Rutte Distillery (founded by Simon Rutte in 1872), describes the spirit’s versatility: “Genever has botanicals the way a gin has, but it also has a grain base, the way a whiskey has. So the versatility of the genever category gives bartenders the opportunity to find one for anything they’d like to interpret in a new way [or old, of course]. The drinks that over the course of time changed from genever to gin are great to reinvent with the unaged genevers, but also all whiskey cocktails are a great playground for the genevers that are aged or heavier in malt spirit.”

Alex Smith, managing partner at Whitechapel in San Francisco—a bar that claims to have the largest selection of gins in North America and the second-largest in the world—acknowledges potential confusion here: “You have two things going on: a clear spirit and malt, which is hard to grasp.”

But he has a lineup of bottles that do the explaining for him.

Myriam Hendrickx’s Rutte & Son Old Simon Genever. With a 40 percent malt base, this highly aromatic version is both savory and sweet. Notes of celery and saffron join a nutty, fruity palate.

Oregon Spirit Merrylegs Genever. This one packs in flamboyant botanicals with a 100 percent barley malt base for a little bit of a wild ride. Licorice and anise layer over floral, nutty flavors. “The missing link between whiskey and gin,” says Smith.

Diep 9 Old Genever. Old in this case doesn’t mean literally aged (although this one did see two years in French oak) but old-style. This is a smooth one for whiskey lovers, with cocoa notes and layers of spice.

Filliers’ 15 Jaar Old Genever. This one has a whiskey-like character, with caramel apples, roasted nuts, and an orange kick.