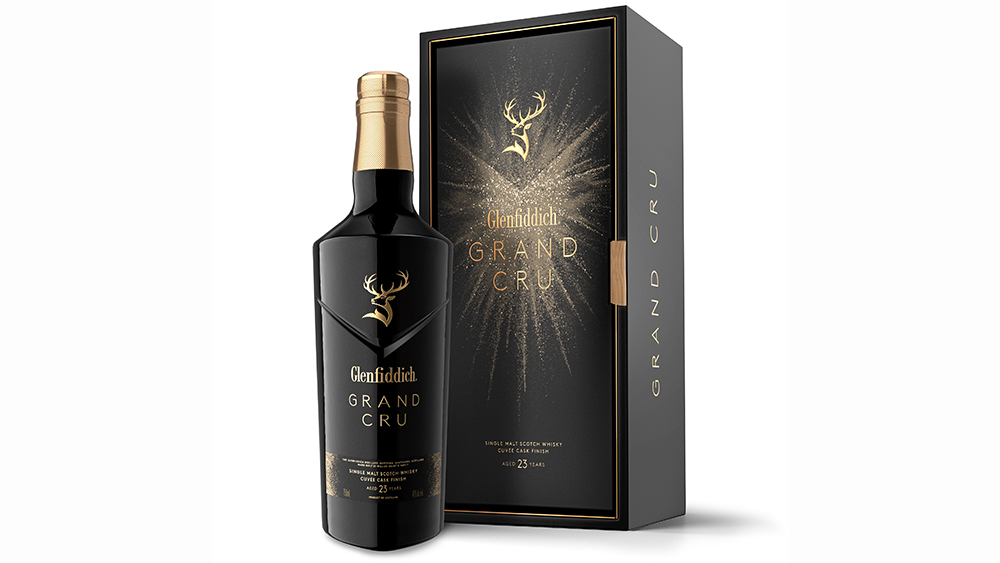 Personal celebrations usually require a bottle of Champagne, while business deals are toasted with a bottle of scotch. Glenfiddich’s new Grand Cru whisky, however, works for both. The new expression spent 23 years in American and European oak barrels before a final finish, for up to six months, inside casks that once held some of France’s great sparkling cuvées. Even the cork is designed like a cage atop a bottle of bubbly. The signature notes of a Glenfiddich—banana, baking spices—are layered with pear, sandalwood and even apple blossom. Smooth at 80 proof and rich in flavor, the whisky also has an unusual lightness. It’s definitely an improvement on the Auld Alliance—that legendary partnership between Scotland and France that began in 1295—where the entire world can now drink the fruits of such a marriage.