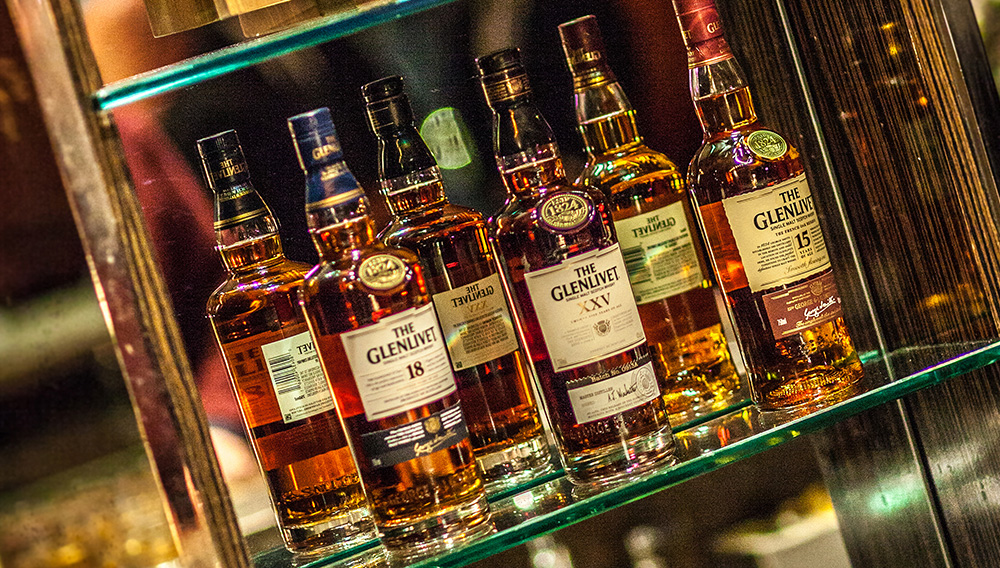 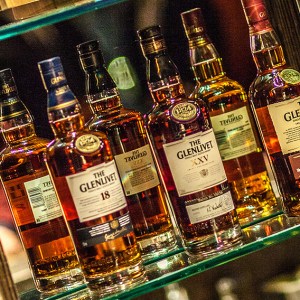 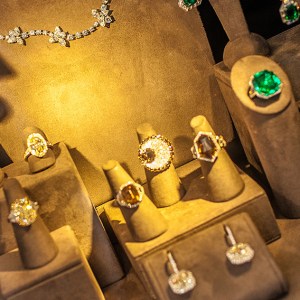 In March, Robb Report Club Members arrived at the 35th-floor MObar at the Mandarin Oriental New York for an exclusive evening with the jeweler Martin Katz and The Glenlivet whisky. The Robb Report Club Whisky & Whisky-Colored Stones event kicked off with dim-sum hors d’oeuvres and old-fashioneds made with The Glenlivet 15 Year Old, as Katz himself introduced his wares. Among seven rings, four pairs of earrings, and one necklace was a stunning 8.88-carat cognac diamond ring flanked by two half-moon white diamonds and 308 microset white and brown diamonds. Another ring featured an eye-catching 10.81-carat Colombian emerald. A pair of earrings was set with two 3.25- and 3.45-carat, pear-shaped yellow diamonds surrounded by hundreds of microset fancy yellow diamonds. Then, The Glenlivet’s master of scotch Ian Logan began pouring tastings of The Glenlivet 18 Year Old and 21 Year Old before revealing his grand finale, The Glenlivet XXV. Batch-produced and finished for nearly two years in ex-sherry butts, it is known for its incredibly long, rich, and balanced finish. The 2008 release remains among the distillery’s most sought-after spirits. (martinkatz.com, theglenlivet.com)