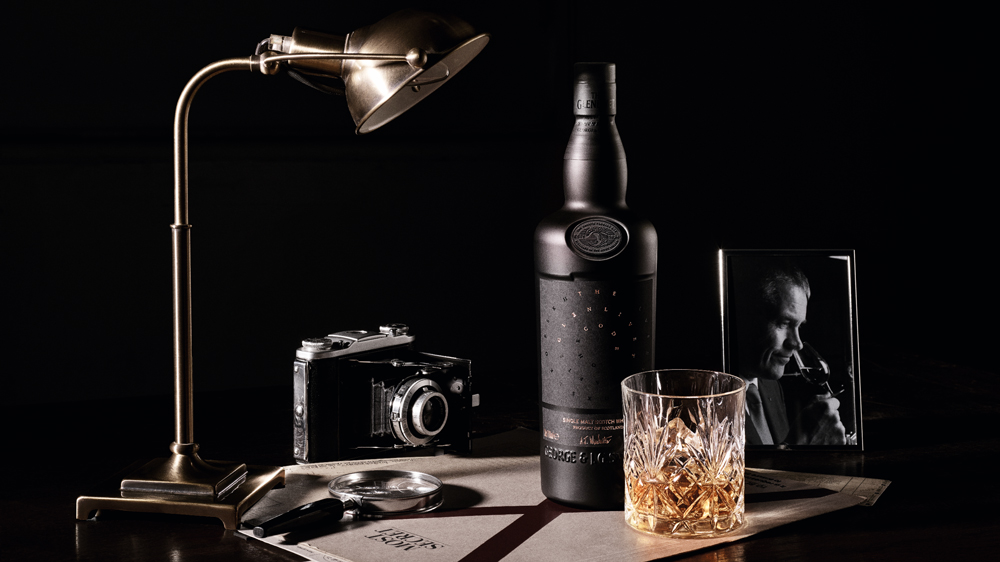 Think you know whisky? Can you distinguish robust Islay malt from a medium-bodied Highlands dram with just a whiff? Willing to wager a week’s pay that you can tell an 18- from a 21-year-old Speyside based on the color of the liquid alone? If you fancy yourself a bona fide whisky whiz, one esteemed Scotch maker feels it’s high time you put your sensory skills to the test.

The Glenlivet Code ($120) is a riddle wrapped in a mystery inside a bottle of whisky. A company press release claims the new single malt was “inspired by the iconic British code breakers” immortalized in the 2014 film The Imitation Game—a great movie, and who doesn’t love them some Benedict Cumberbatch? This special bottle of Scotch flies in the face of the expected—you expect certain things from a bottle, like a label that denotes age and origin, and some tasting notes to boot. Well, not so fast, Mr. Want-to-Know-It-All!

The Glenlivet Code comes in a black bottle devoid of helpful information. To ascertain what you’re drinking, you must use the Shazam app on your mobile device to scan a bar code on the back of the bottle (an age-old tradition known as “corporate synergy”). That bar code is the portal to a “virtual underground room” where you’ll be greeted by a hologram of master distiller Alan Winchester, who’ll challenge you to “decode” the taste of the liquid via a series of multiple-choice questions. When you’re done with all that, you’ll be given a score and encouraged to post on your social media channels to see how you rank against your peers.

Needless to say that anyone born prior to the Reagan administration will want to be drinking heavily throughout this “process of discovery.” Or you could just skip it all together and gift Code to your favorite whisky-loving millennial. Official tasting notes and other pertinent info won’t be revealed until the end of the year . . . so pick up an extra bottle or two. You’ll have some time to kill.