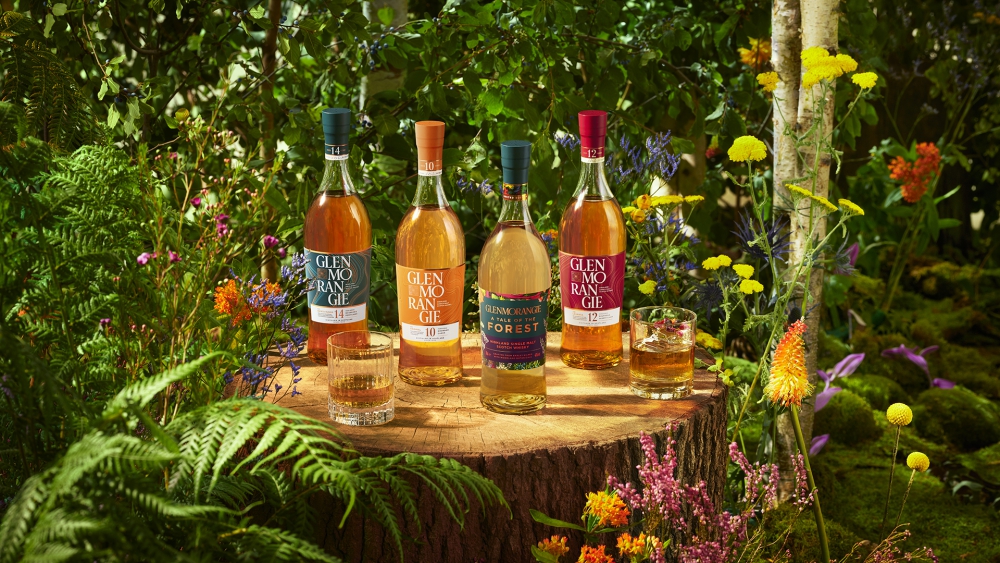 Is Scotch distillery Glenmorangie about to release a new single malt whisky that you can use to make a martini? Well, not exactly, but this new expression, A Tale of the Forest, was definitely inspired by gin as far as flavor and production process.

The crux of what makes this whisky unique is that it was made from barley that was kilned with “woodland botanicals,” according to the brand. Kilning is the process of heating and drying the barley after it’s been steeped with water and allowed to germinate, and this gives it what is often described as a biscuit-like flavor (which subsequently affects the flavor of the whisky). Sometimes the heat used to kiln is fueled by peat, resulting in smoky whiskies like those from Glenmorangie’s sister distillery Ardbeg. In this case, director of whisky creation Dr. Bill Lumsden, in one of his signature flights of fancy, decided to recreate the experience of a forest walk by using juniper berries, birch bark, heather flowers and a little bit of peat to kiln the barley. The whisky was then aged in ex-bourbon barrels and bottled at 46 percent ABV.

“Every time I go into the woods where I live, I notice something new, be it the fragrance of last night’s rainfall or the sound of leaves rustling a particular way,” said Lumsden in a statement. “I began to imagine how we could bring the forest to life in a whisky, by kilning barley with materials from woodland, the way our ancestors did… With aromas of pine needles, woodland moss, juniper’s sharpness, and tastes of eucalyptus, mint, bitter orange and distant smoke, A Tale of the Forest is a whisky to surround, delight and surprise you, whether you enjoy it deep in a forest or in cocktails at home.”

So to be clear, this single malt scotch is definitely not gin, but it sounds like there are some characteristics that link the two. Maybe a martini is not really the way to go here, but it does seem like this new whisky would work well in a cocktail like a Rob Roy, adding a burst of forest flavor to the mix. A Tale of the Forest is available for preorder on ReserveBar now.