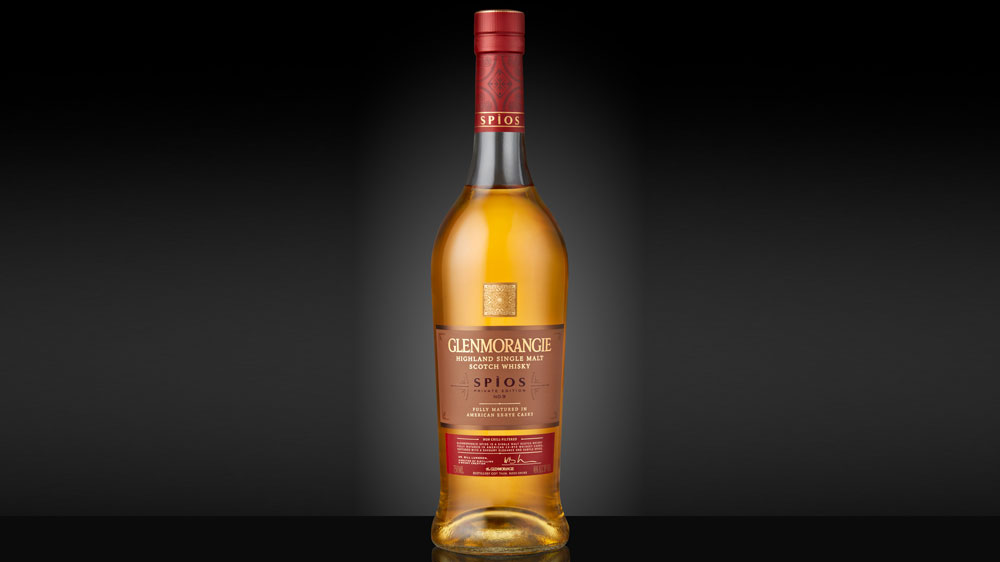 Dr. Bill Lumsden, Glenmorangie’s director of distilling, whisky creation, and whisky stocks, is something of a visionary. But then, he’d have to be, having pioneered the now-popular practice of finishing single-malt whiskies in various barrels that have rarely—if ever—been used for aging Scotch whiskies, such as port (Glenmorangie Quinta Ruban) and Chateau d’Yquem Sauternes (the 2012 Best of Best–winning Glenmorangie Pride 1981). But now, as rye whiskey is rapidly encroaching on bourbon’s popularity—resulting in the scarcity of some brands—Dr. Bill, as he is known, has unveiled his latest creation, the rye-whiskey-barrel-aged Glenmorangie Spios ($100).

“I have always loved American rye whiskey’s rare cinnamon-and-clove spicy characteristics,” says Lumsden about the project he started back in the late 1990s, “and I believed our distillery’s smooth house style would perfectly complement the nuances of ex-rye casks.”

On one of his visits to the United States many years ago, Lumsden hand-selected some of Kentucky’s finest first-fill American oak casks, which had previously been used to age a six-year-old rye whiskey, and arranged to have them shipped to the Glenmorangie distillery. There they were filled with new-made Glenmorangie spirit and allowed to age.

The result is Glenmorangie Spios (pronounced “SPEE-oss,” which means “spice” in Scots Gaelic), the ninth annual edition of this celebrated Highland distillery’s Private Edition series of rare, limited-edition single malts. It is also the first single malt to have been fully matured in American ex-rye casks. As such, it has developed a rich, light-golden hue that matches its 92-proof, full-bodied-yet-savory character. Its herbal bouquet gives way to flavors of wheat and toasted rose petals intermingled with citrus, green olives, and honey.

“I hope connoisseurs and collectors will enjoy this latest innovative release in our Private Edition,” said Lumsden. “Spios is a single-malt whisky which is unmistakably Glenmorangie, yet exquisitely different.”

To be sure, it is without a doubt one of the most memorable and drinkable combinations of whisky and wood that Dr. Bill has produced to date.