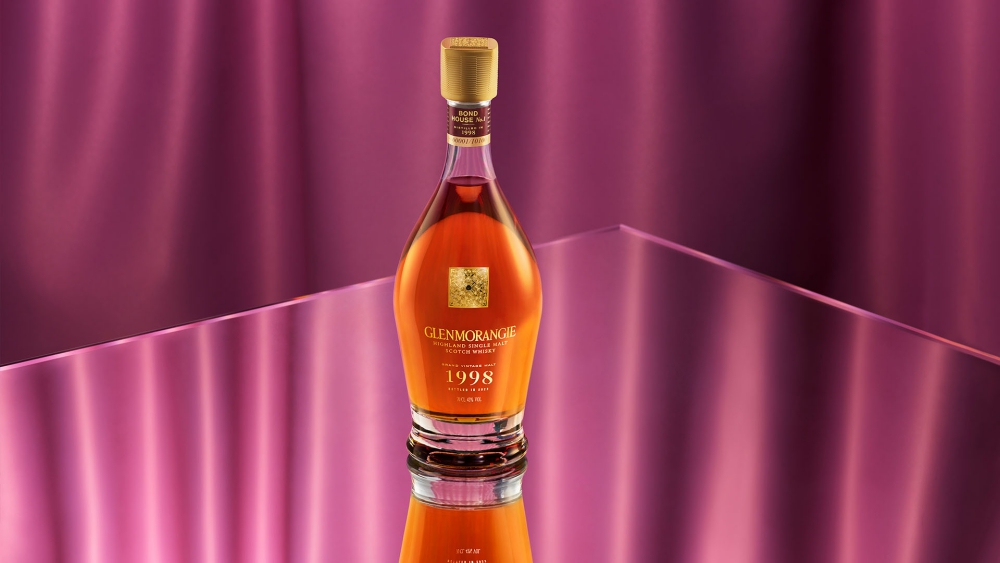 Hey, diehard bourbon lovers, there’s a luxe new single malt on the scene that you should check out. Glenmorangie Grand Vintage Malt 1998 is unique in that it’s the only whisky from the Highland distillery to be aged entirely in new charred oak barrels, the same type of cask that bourbon must be matured in. But at $900 for a bottle, you might not want to make an Old Fashioned with this whisky.

To be clear, this is not the first time Glenmorangie has used new charred oak barrels to hold whisky. While this particular 23-year-old vintage contains some of the first liquid to be aged in that type of cask, in 1999 the distillery introduced a 15-year-old expression that was finished in new charred oak, and today those casks are part of the makeup of Glenmorangie Signet. This was all the result of Dr. Bill Lumsden being appointed director of whisky creation in 1998, the year this new release was distilled. Up till this point, virgin charred oak barrels were not used at the distillery, just used bourbon barrels and other types. But Lumsden decided it was time to explore new maturation territory because of the intensity of flavor that new wood will give a whisky compared to barrels that have been used multiple times.

Most of the first lot of heavily charred new oak was used to finish whisky that was already mature to impart new flavor into the spirit, but Lumsden also decided to fill some barrels with new make. 23 years later, we can finally taste the results. “In 1998, I had all sorts of ideas for new and delicious whiskies,” said Lumsden in a press release. “And one my first experiments was with new charred oak casks. At the heart of Glenmorangie Grand Vintage Malt 1998 is a parcel of that experimental whisky. Aged in those casks for 23 years, it gives the limited edition a wonderful spicy note and an amber glow. With aromas of apples and plums and tastes of orange chocolate and clove, this whisky brings a new dimension to Glenmorangie’s elegance.”

Grand Vintage Malt 1998 the eighth release in the ongoing series of Bond House No. 1 whiskies, named after an old warehouse at the distillery that was transformed in 1990 into a stillhouse which now holds 12 of the signature tall-necked stills. Other vintages range from 1989 to 1997, making this new whisky the most recent of the batch. You can find it online now at ReserveBar, if you’re interested in tasting this particular piece of whisky history.