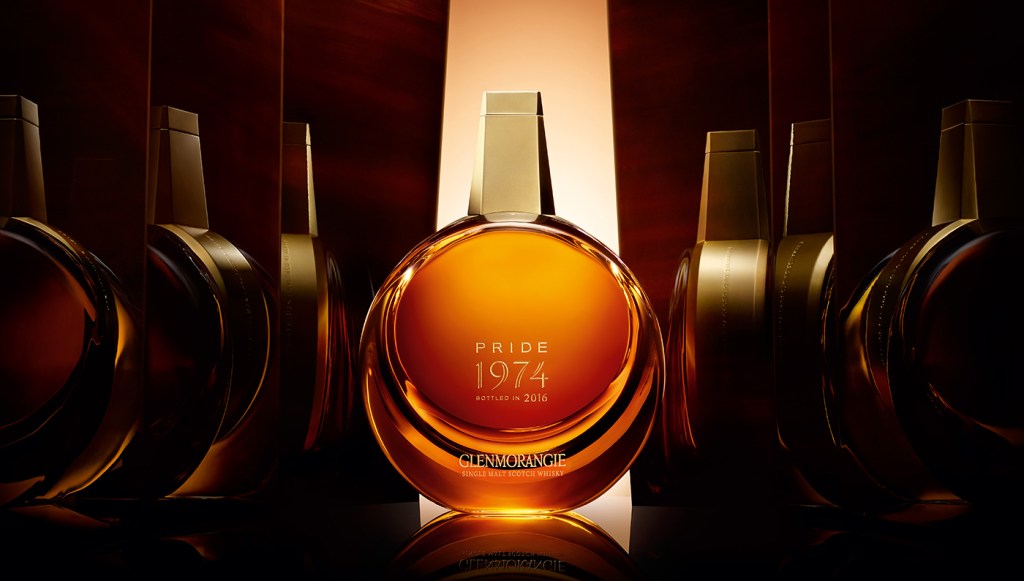 On October 30, 1974, two of the most celebrated professional pugilists in history squared off in Central Africa for what many have called the greatest boxing match of the 20th Century: the Rumble in the Jungle. You’ve heard of it, of course. Everyone has.

Turns out that on the very same day that Muhammad Ali and George Foreman were going toe-to-toe in Zaire, a different sort of history was being made more than 6,000 miles north at the Glenmorangie distillery in Tain, Scotland. Two casks—one ex-bourbon, the other ex-Oloroso sherry—were filled with whisky that day. Whisky that only now, four decades and change later, has proven to be a historic knockout its own right.

The two parcels of spirit that formed Glenmorangie Pride 1974 ($9,050) spent 41 years inside those barrels before being roused from slumber and blended to create the most prized single malt ever released by the esteemed Highlands producer (the two previous releases in the Pride series are 1978 and 1981).

This mahogany-colored whisky is an olfactory delight. Up front the scent of salt air mingles with spice, followed by delicate notes of honey and chocolate. A few drops of water release an array of complex vapors evocative of warm sourdough bread and cedar. On the palate, everything is in complete accord. Indeed, Pride 1974 is a study in harmony and precision.  The mouthfeel is surprisingly soft for such a mature dram. Vibrant flavors abound, ranging from baked apples to menthol to sweet cream. The finish is long and gentle, with traces of birch beer and creamy caffe latte.

A mere 503 crystal decanters of Pride 1974 have been made available globally this month, and word out of Tain is that’s all she wrote. The whisky won’t be easy to come by, but for any serious collector, it’s a prize worth fighting for. (glenmorangie.com)