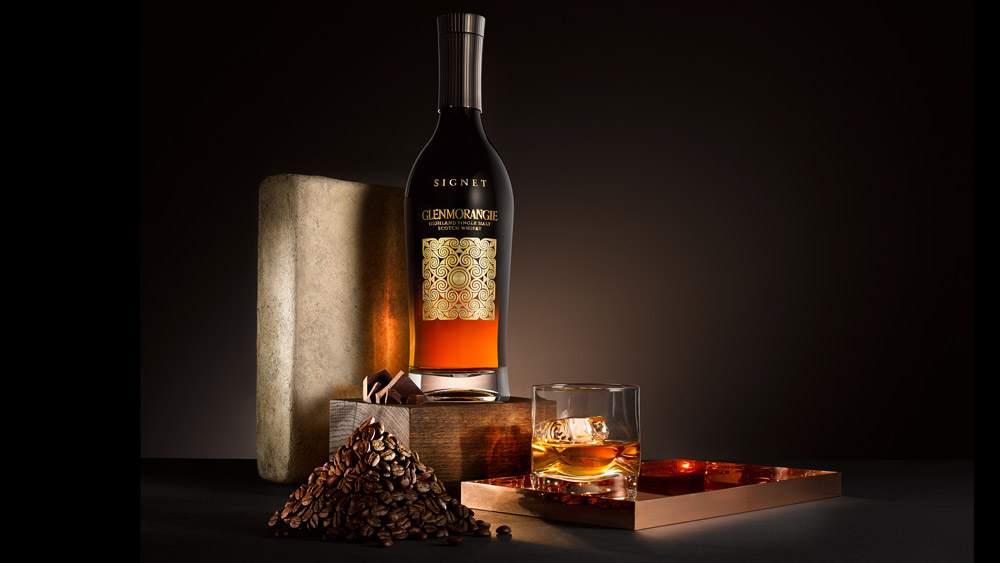 Once a year, the stills at Glenmorangie’s distillery in the Scottish Highlands are dedicated exclusively to the production of a whisky called Signet, the brainchild of Glenmorangie’s resident mad scientist and begetter of the beguiling, Dr. Bill Lumsden.

Dr. Bill, whose official title at Glenmorangie is director of distilling, Whisky Creation & Whisky Stocks, is a man who seizes opportunity where others see folly. Once upon a time, for instance, he spent several years figuring out how to coax a rare winter barley called Maris Otter back from the verge of extinction just so he could make a one-of-the-kind whisky from it (it’s called Tùsail, and you’d do well to get your hands on a bottle). Then there was the time he sat down to enjoy some Jamaican Blue Mountain coffee and thought, hey, I ought to make a whisky that tastes like this. And so he did.

Glenmorangie Signet ($200), which celebrates its 10th anniversary this year, is a marriage of high roast ‘chocolate malt’ barley and Glenmorangie’s signature house malt. By tumble-roasting the chocolate malt, Lumsden is able to bring forth an intense espresso flavor reminiscent of his favorite cup of Morning Joe. He rests the spirit in several different cask types that impart an olio of oh, boy! — bourbon barrels bring a velvety mouthfeel, sherry butts beget confectionary goodness, and virgin charred oak casks give it a spicy backbone.

But that’s not all. Almonds, toasted hazelnuts, white chocolate and lemon zest are also in play in this whisky. Chew on it a bit and you may also detect hints of butterscotch and tiramisu. The capper is pure lip-smacking luxuriousness, punctuated by bold bitter orange notes mingled with the taste of chocolate espresso beans soaked in amaretto.

Cheers to a decade of Signet, and here’s hoping that this particular whisky goes to eleven.