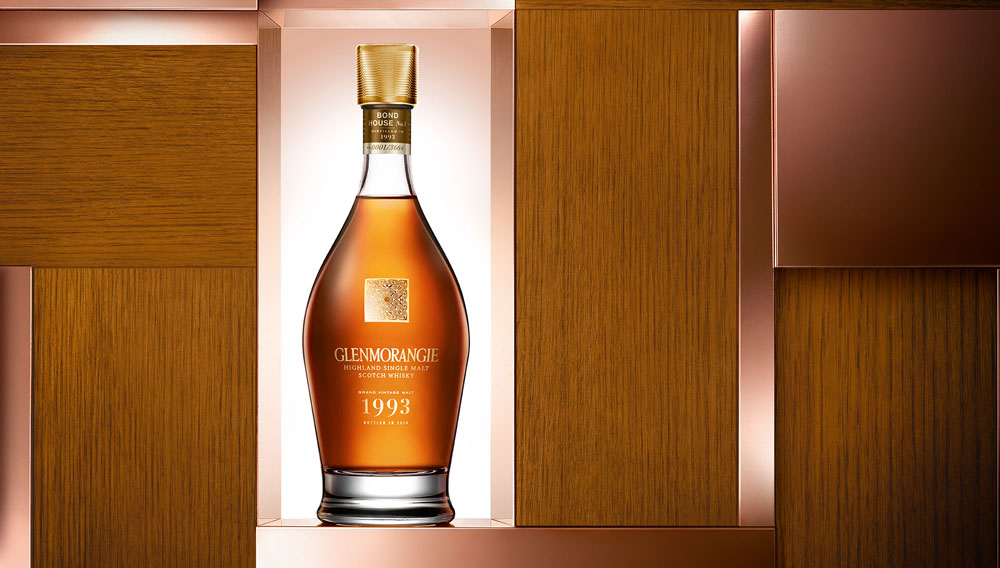 Founded in 1843 and located in the Scottish Highlands, Glenmorangie distillery is known for its exceptional whisky—from an expression inspired by coffee to a single-malt aged in American ex-rye barrels. Glenmorangie’s third release of the Bond House No. 1 Collection (a series of aged whisky created specifically for connoisseurs and collectors) displays similar innovation and mastery. The limited-edition, 25-year-old Grand Vintage Malt 1993 (from $650) was matured for a decade in bourbon casks and then finished in former Madeira casks for an additional 15 years—an unprecedented move for Glenmorangie.

“The flinty intensity of Glenmorangie Grand Vintage Malt 1993 is a rare tribute to the distillery’s new, more exacting approach to whisky creation,” says Dr. Bill Lumsden, the director of whisky creation at Glenmorangie. “Before, we might never have dared such a long finish—and left this expression’s depths undiscovered.” The single-malt whisky boasts the longest Madeira finish that Lumsden has ever completed, and it strikes the right balance between sharpness and complex fruit notes. The end result is a rich, bittersweet taste. “With an intriguing mineral note interlaced with its fruity aromas, rich, honeyed tastes, and subtle woodsmoke, this whisky’s delicious contrasts will give traveling collectors and visitors to our Highland distillery a unique insight into our Bond House No. 1 Collection,” he says.

Like its predecessors, the bronze-gold liquid is exceptionally smooth. It has a fruity, slightly smoky aroma with hints of candied orange peel, mint toffee, cake mix, sultanas, and treacle. Traces of peaches, apricots, melons, baked pears, and nutmeg are evident on the palate, with milk chocolate and sugared plums in the sweet, lingering finish. The whisky is available in select travel retail stores.

It’s not the first time Lumsden has experimented with fine wines, however. In 2012, he released a whisky finished in European casks that formerly held Tuscan wines.