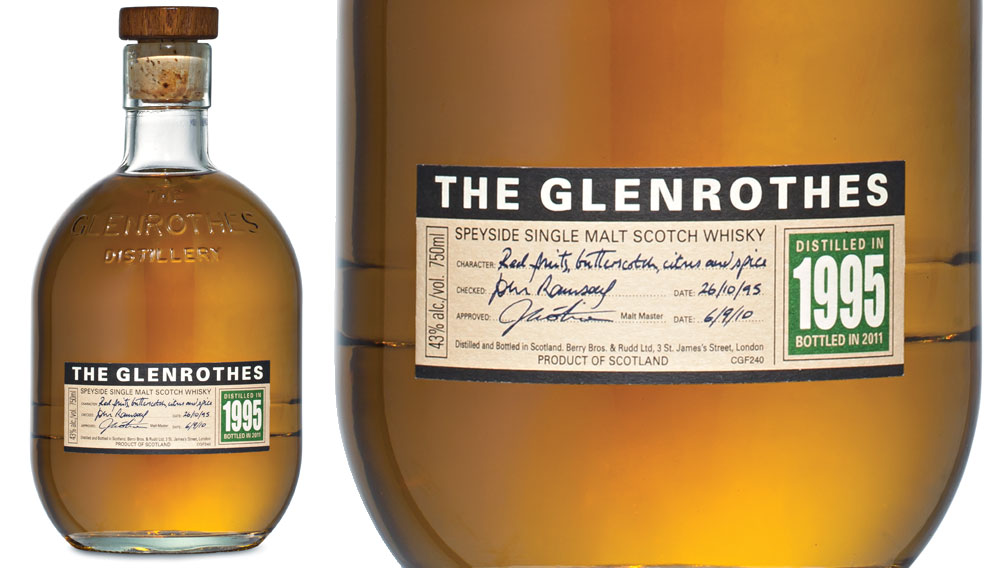 Until the 1990s, all of the single malts from this award-winning distillery went into blends; even today, only 2 percent of its production is bottled as The Glenrothes single malt scotch. Additionally, The Glenrothes is known for only releasing its whiskies when ready, regardless of years in the barrel. Consequently, the brand produces one of the few “vintage-dated” single malts, of which the just-released 1995 follows close on the heels of the slightly lighter 1994. With roughly one-third first-fill sherry casks and two-thirds American oak ex–bourbon barrels, firm notes of butterscotch, citrus, and peppery spice make this an ideal pour for a Macanudo 1968 cigar. ($82)