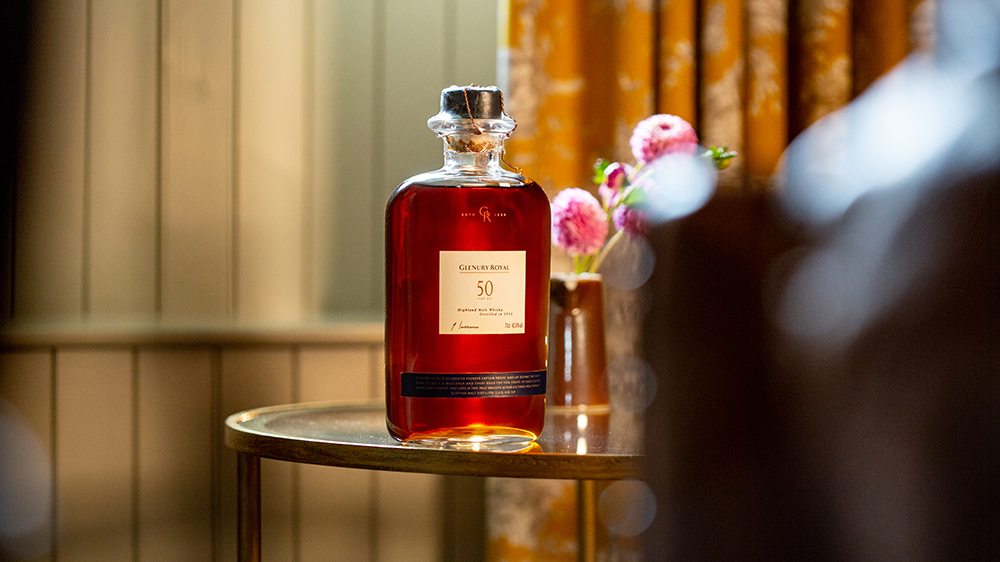 Glenury Royal may have closed its doors 35 years ago, but its bottles have never been more in demand. The distillery’s whisky is so popular that it is setting new records in 2020.

In fact, the first bottle of a 50-year-old single-malt whisky from the distillery just sold for $18,400 at an online auction held by Whisky Auctioneer, according to a press release. The jaw-dropping hammer price, which is a record for the distillery, shows that when a well-regarded distillery like Glenury Royal shuts down, collectors are willing to ante up to get their hands on the dwindling stock.

Glenury Royal was founded in 1825 by Captain William Barclay. Described as a “diverse character,” Barclay was a close friend of the Royal Family, which more than likely helped his whisky become just one of three granted permission to use the Royal suffix/prefix in its name. The distillery was located near Stonehaven in the Highland whisky region and would remain in operation until 1985.

This particular bottle, the first of just 498 of the 1953 50-year-old, was released in 2003, 18 years after the distillery’s closure, as part of as part of Diageo’s Special Releases program. Launched to celebrate the Glenury Royal’s long and august history, the bottle is also one of the scarcest and oldest ever released as part of the series.

“The secondary whisky market has witnessed significant growth in recent years and a key component of this growth has been lost distillery bottlings,” said Whisky Auctioneer’s founder Iain McClune. “With dwindling stocks many of these expressions are becoming exceptionally rare and sought after. . . For a budding collector these whiskies can be a great place to start, offering a fascinating window into Scotland’s distilling past.”

While the record-setting Glenury Royal single-malt may have been the headline sale of the auction, it wasn’t its only noteworthy lot. A 55-year-old single-malt from The Macallan, presented in a hand-crafted Lalique crystal decanter, reached $78,900, while a cask of spirit distilled from the Glenrothes distillery in 2009 sold for $11,000.