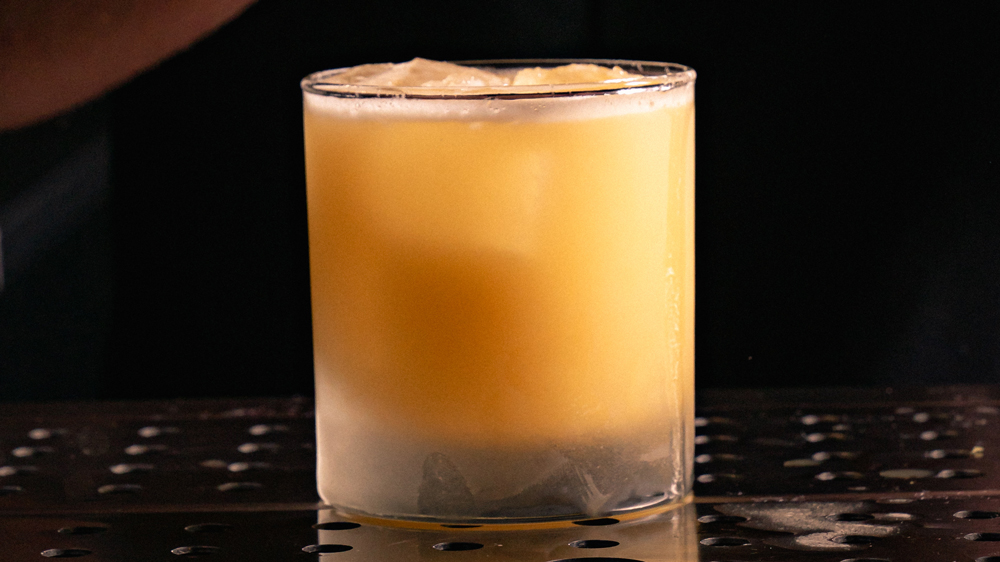 It’s a central pillar of the self-esteem movement that there’s greatness inside everyone, it just needs to come out. This is a nice thought. But what to do when you’re faced with the reality that some person or thing isn’t actually reaching its potential? Is an intervention in order?

Which brings me to the Gold Rush. As a drink, it’s a lot of things: It’s popular and it’s important and it’s pretty good. What it’s not is a great drink. At least not without a little help.

Booze writers are usually ear-to-ear cheerleaders for whatever it is they’re writing about, as if each and every cocktail is the very thing your life has been missing. So I understand if this kind of tough love seems a little disrespectful, but I honestly don’t mean for it to be. I love Gold Rushes. I love making them for others and drinking them myself. But in order to get there I had to acknowledge that the Gold Rush as it’s normally constructed—which is to say, a shaken bourbon cocktail with lemon and honey syrup—will be forever stuck in third gear until you do something to push it to the next level.

The Gold Rush feels like it has been around forever but was invented just 20 years ago, at the legendary Milk & Honey in New York City. It spread quickly and was everywhere in those heady early years. It embodies one of the mind-blowingly simple concepts that broadens ideas of what cocktails can be: Sub honey for sugar in a basic whiskey sour, and you’re thrust into a practically new world of flavor and texture. Additionally, the presence of the honey occupies the spot in the finish where the whiskey’s tannins would get astringent, solving a persistent problem with (non-egg white) whiskey sours and solidifying it as one of the simplest and most intuitive of the “new” classics.

The weakness of the Gold Rush, however, comes from the very source of its strength, making it a kind of tragic flaw: the honey. Honey has a clinginess to its flavor—even if a drink is balanced, honey is the last thing you taste. It sits fat on the palate through to the finish, so just as honey smooths out the astringent tannins, it also drowns out a lot of what would otherwise make the drink interesting. The cocktail starts with bourbon’s oak and lemon tartness and then settles into a wide flat honey note, like a beaver’s tail, that just sits on the tongue all the way through to the finish. It’s certainly not bad, but for me, that one-note ending bit is what keeps it from greatness.

To our great fortune, fixing this problem isn’t difficult, obscure, or expensive. There’re actually a few ways to do it. Some people add some ginger spice, which helps (take that idea a little farther and you have a Penicillin, one of the best of the new classics). Others add orange flower water—or some other floral or smoke note—to give another flavor to the finish. Or, you can do my favorite thing, which is to take a bit of the peel of a grapefruit and throw it in the tin to shake up with the ice.

Shaking with a grapefruit (or other citrus) peel—coined a “regal shake” in 2010 by a bartender named Theo Lieberman, the first to popularize the technique—changes the whole game. Citrus fruits have tons of aromatic oil in their skins, and bartenders have been spraying the oil on top as a garnish since forever, but letting the ice beat it up in the tin supercharges this, infusing the entire cocktail with citrus oil. Where once the Gold Rush was firmly in the mid-palate, now it has higher highs and lower lows; where it once lingered on sweetness, now the finish conflicts with the grapefruit’s textured bitterness. A “regal” Gold Rush is far and away my favorite version of the drink, one that I feel helps it realize the greatness that was hidden inside of it all along.

Add all ingredients, including grapefruit peel, to a cocktail shaker with ice. Shake hard over ice for 8 to 10 seconds, and strain into rocks glass over fresh ice. Garnish with a lemon wheel or peel.

Bourbon: I’ve noticed most online recipes, if they call for a specific bourbon, they tend to reach for Elijah Craig. Tasting a few Gold Rushes side by side, this seems less like Elijah Craig is the perfect bourbon for this drink and more like someone claimed it first and then a bunch of blogs echoed that first one. Don’t get me wrong, Elijah Craig is a great bourbon and it works just fine here, but I feel the flavors work dramatically better with a richer bourbon like Buffalo Trace or its big brother Eagle Rare. Woodford Reserve would also work famously. Honestly all bourbons work pretty well and I wouldn’t call it off if I didn’t have one of the above, but if you’re setting out to find the sweet spot between quality and price, you really can’t beat Buffalo Trace here.

Lemon juice: It should be fresh, as always. Come on, are you new here?

Honey: The flavor of honey may vary wildly based on the flowers those bees sipped on. The honey may lend the drink earthy or citrus or floral notes. That being said, most normal consumers don’t have an array of honeys to choose from; so know that local is always a nice choice, but honestly just use whatever you’ve got.

The only important thing here is that honey turns into a rock when it hits ice, so you have to make a syrup out of it before you’re going to use it in a cocktail. Combine two parts honey to one part hot or boiling water (it helps to measure by weight if you can, as honey is difficult to get out of a measuring cup with any kind of precision) and stir to combine. 2:1 honey syrup is about as sweet as lemon juice is sour, so match it pound-for-pound with lemon juice and you’ll make a balanced drink with nearly any spirit.