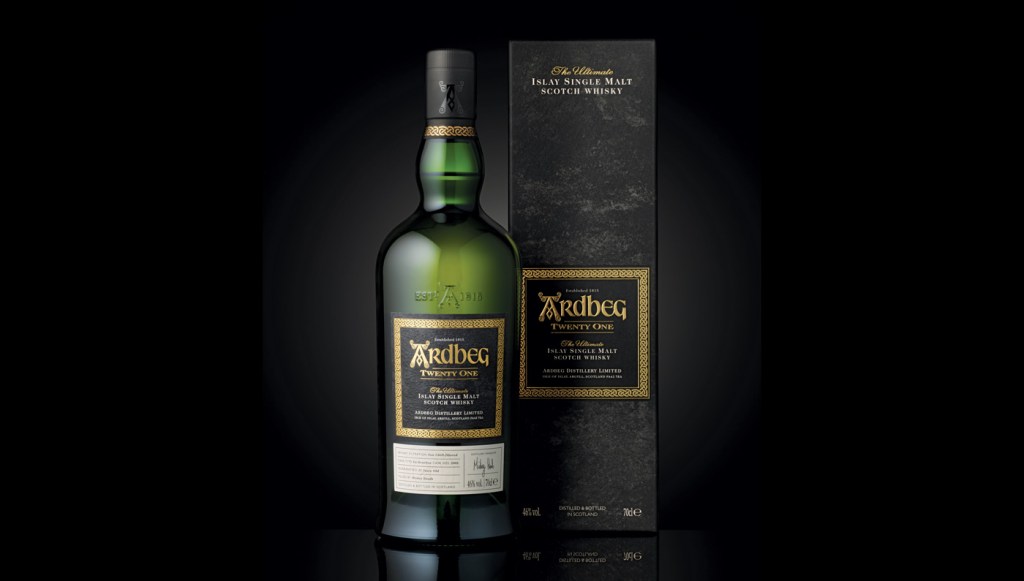 For Ardbeg, the mid-1990s was the best of times and it was the worst of times. Located on the alternately windswept and fog-shrouded southeastern coast of Islay, this Scottish distillery produced signature smoky whiskies that were highly coveted throughout much of the 19th and 20th centuries for use in blends and private bottlings. But having closed down from 1981 to 1989, the facility resumed operation with reduced output.

Fortunately, Glenmorangie purchased the Ardbeg distillery in 1997 and restored it to its former glory. To commemorate Ardbeg’s resurrection, the distillery has just released Ardbeg Twenty One ($500, ardbeg.com), an extremely limited 21-year-old single malt hand selected by distillery manager Mickey Heads from the small number of casks that survived those perilous years and continued to mature beautifully.

Distilled in 1994 and aged in ex-bourbon barrels, this pale-gold, non-chill-filtered spirit emits a soft, smoky bouquet. On the palate, the same sweet smoke intertwines with hints of toasted bread crust, a floral undercurrent laden with citrus, and a persistent smoke-infused finish that symbolizes Ardbeg’s irrepressible spirit.