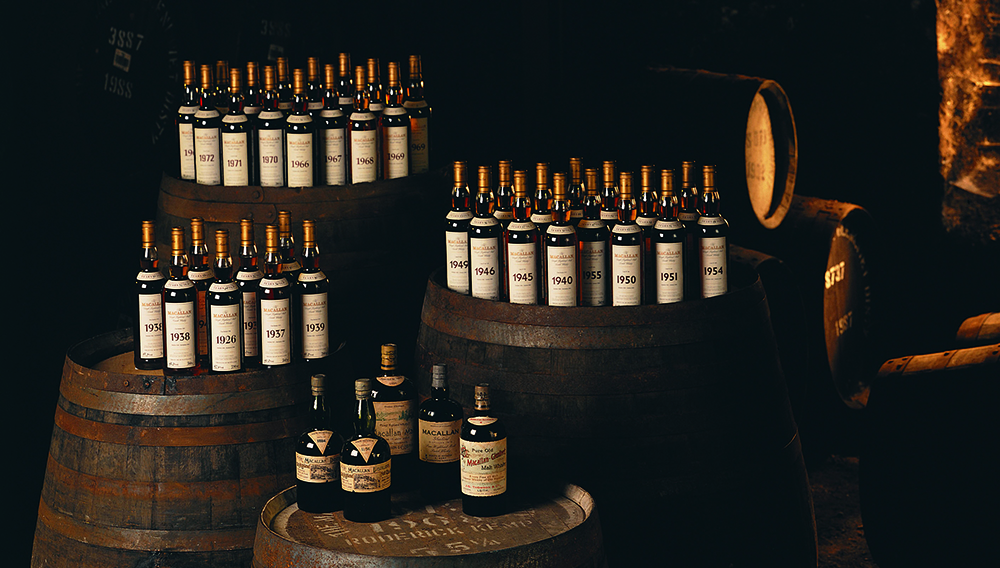 As anyone who loves single-malt whisky knows, even the most readily available drams—such as Macallan 18 Year Old and Lagavulin 16 Year Old—have seen dramatic increases in prices. The phenomenon is even more pronounced among the rarefied out-of-production classics, such as the 1964 Black Bowmore, a whisky that was first released at 27 years old in 1993 and priced at about $130 a bottle. By 2006, the remaining liquid from this same barrel, then aged to 42 years, sold for $4,200 per bottle.

It is no wonder whisky connoisseurs have started looking at the scarce, limited-edition single malts sequestered in bars, cellars, and warehouses not only as collectibles, but as investments. But anyone wishing to create a portfolio of desirable bottlings often encounters obstacles, such as knowing what to buy, where to find it, and how to acquire it.

That is where Mahesh Patel and his new service, Whisky Concierge (www.universalwhiskyexperience.com), come in. For a fee—typically 10 to 15 percent of the purchase price—Patel will locate, purchase, insure, and ship rare single malts, pre-Prohibition bourbons, and scarce Cognacs. He has proven his ability to assemble some of the largest gatherings of rare single malts with his acclaimed event, the Ultimate Whisky Experience at Wynn’s Encore casino resort in Las Vegas, where enthusiasts pay as much as $2,000 to sip some of the most coveted whiskies in the world.

“I’m a big whisky collector, and have been for over 25 years,” Patel says. “One of the biggest challenges has always been sourcing and obtaining rare bottles. As a result, I’ve developed a lot of connections within the spirits industry. I’ve been helping fellow collectors for years, but now, working with a worldwide network of specialty retailers, private collectors, and even the distilleries, we can track down and locate the bottles clients want, no matter how rare.”

In addition, Whisky Concierge can set up whisky tours and personal tastings, as well as arrange whisky storage and shipping, two more major obstacles. “The truth is, not everything is readily available to an outsider,” he says. “You need to know the right people.”