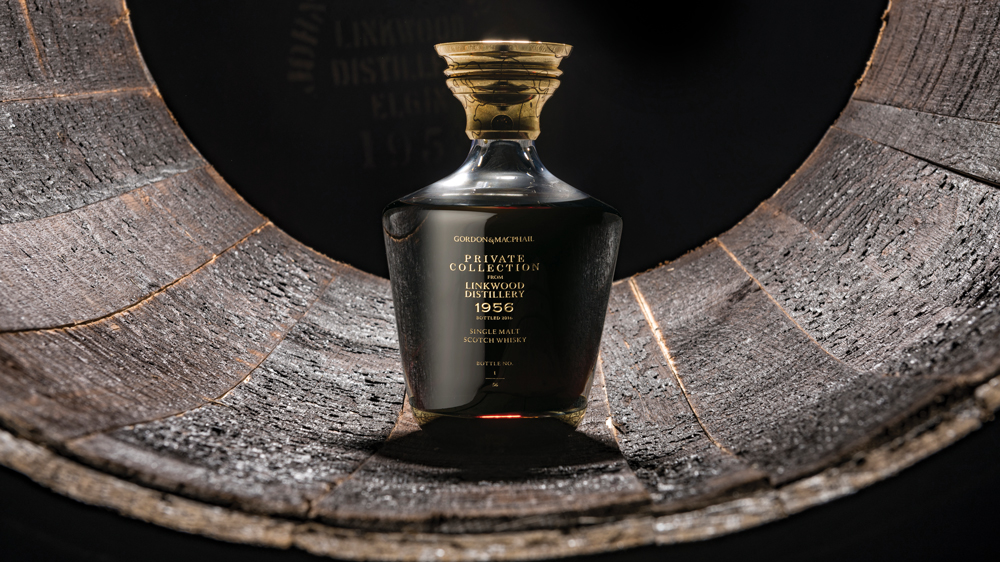 Linkwood single malt is a hearty, resiny Speyside whisky that is most commonly used to add depth and finesse to Johnnie Walker and other scotch blends. But Gordon & MacPhail—one of the world’s leading specialists in the maturation of single-malt Scotch whisky—knew it had something special with Cask 20 from the Linkwood Distillery.

A first-fill sherry hogshead, Cask 20 was laid down at the Linkwood Distillery on January 3, 1956, and carefully watched over by generations of the Urquhart family, owners of Gordon & MacPhail. Early on, the whisky had become so extraordinary that it was earmarked to be an ultra-aged single cask. “The structure was sound, and the flavors were still developing,” says Stephen Rankin, Gordon & MacPhail’s director of prestige and a member of the fourth generation of Urquharts. “We felt there was still more to be gained from this cask, and more importantly, more to be learned from it.”

Finally, in June 2016, the decision was made to bottle the whisky, which represents the last 1950s cask from the Linkwood Distillery in Gordon & MacPhail’s inventory—​and potentially the world’s last remaining single malt from that decade. Fragrant with dark cherries, maple syrup, smoke, and toasted almonds, the Private Collection from Linkwood Distillery 1956 filled just 56 individually numbered decanters, though only 53 have been released, priced at about $31,000 each.