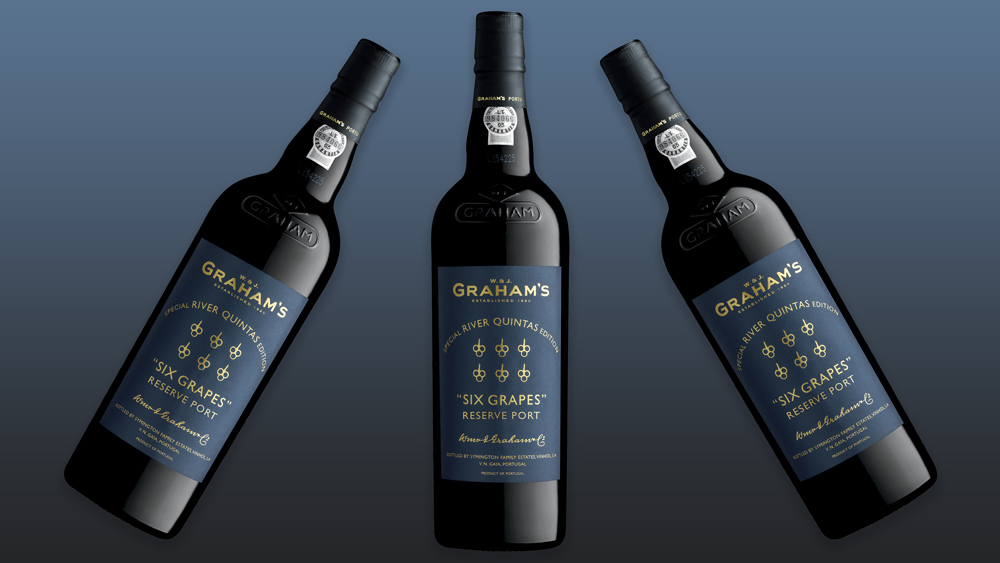 Not every occasion calls for a vintage port, but very often a port possessing “vintage character” is desired for everyday drinking. That is, a full-flavored port that doesn’t require decanting and can be stored for a week or more after opening if kept refrigerated.

That was the inspiration, many years ago, behind the creation of Graham’s Six Grapes Reserve, which is often referred to as the non-vintage port for vintage port connoisseurs. The comparison stems from the fact that Graham’s chooses the wines for its Six Grapes Reserve from wines that are initially selected for their vintage ports. During the early 19th century, when W&J Graham began shipping port, they established a coding system to classify their wine by its quality for blending as a vintage port; six grapes was their highest classification.

But now a special edition raises the elegance of Six Grapes Reserve to an even higher level, by selecting the blending wines from just two of Graham’s classic “river estate” vineyards. That is, vineyards that can “hear the murmur of the Douro River flowing by.” Quinta do Tua produces intensely concentrated fruit from low yielding vines—some of which are more than a half century old—while Vinha dos Barcos (named after the boats used to transport port barrels down the Douro River) is located at Graham’s flagship Quinta dos Malvedos and is known for its late-ripening Touriga Franca grapes.

The result is Six Grapes Special River Quintas Edition ($42), a much richer version of the Reserve, with a noticeably darker color and more concentrated fruit aromas. The flavor is slightly more muscular, with hints of tobacco, licorice and mint intermingling with black cherries and plums. At only 19.5 percent alcohol, this is a port that could substitute for Cognac as a digestif, but it is refreshing enough to serve as a chilled apéritif as well.

However, only 1,000 cases have been produced, meaning that this is also a port that won’t be around forever. So it might be best to visit it soon.