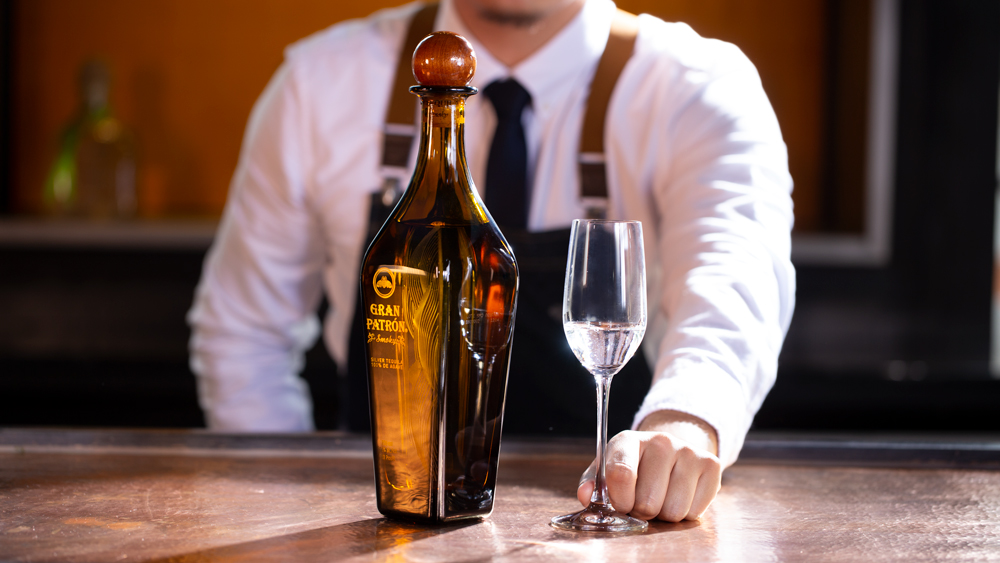 Smoking is bad for us. We all know that. And drinking, when done to excess, is unhealthy too (actually, a new study suggests that any amount of alcohol is unhealthy, but then again, so’s being alive). So what is a sensible adult supposed to do when confronted with high-proof alcohol that’s full of smoke? Well, if it’s Gran Patrón Smoky, you drink it. Responsibly, of course.

Playing with fire is nothing new in the world of booze. Scottish and Mexican distillers have been using smoke for centuries as part of the distilling process to add flavor to their hooch. And a little more than a decade ago a wave of cocktail artisans decided to get in on the action too, led by a resourceful dude in Manhattan named Eben Freeman, who took the art of mixology one toke over the line. Freeman’s drink “The Waylon,” as served at the late great avant-garde Soho restaurant Tailor, was made with Coca Cola syrup smoked over cherry wood and run through a soda gun system. And thus began a popular trend that persists to this day.

Gran Patrón Smoky was created to capitalize on that trend, of course, and good thing too, because it’s damn good tequila. It’s produced in old school fashion — the heart of the agave plant (aka the piña), plucked out and roasted in underground pits. Then it’s slowly crushed with a volcanic stone Tahona wheel before the agave juice and fibers are fermented in large pine wood vats. Distillation happens in small-capacity copper pot stills. The resulting spirit is teeming with flavor, predominately smoke (obviously) but also lots of pleasant citrus notes, a touch of sweetness, and a pinch of pepper that zings the back of the tongue.

Gran Patrón Smoky is bottled at 101 proof and carries a suggested retail price of $199.