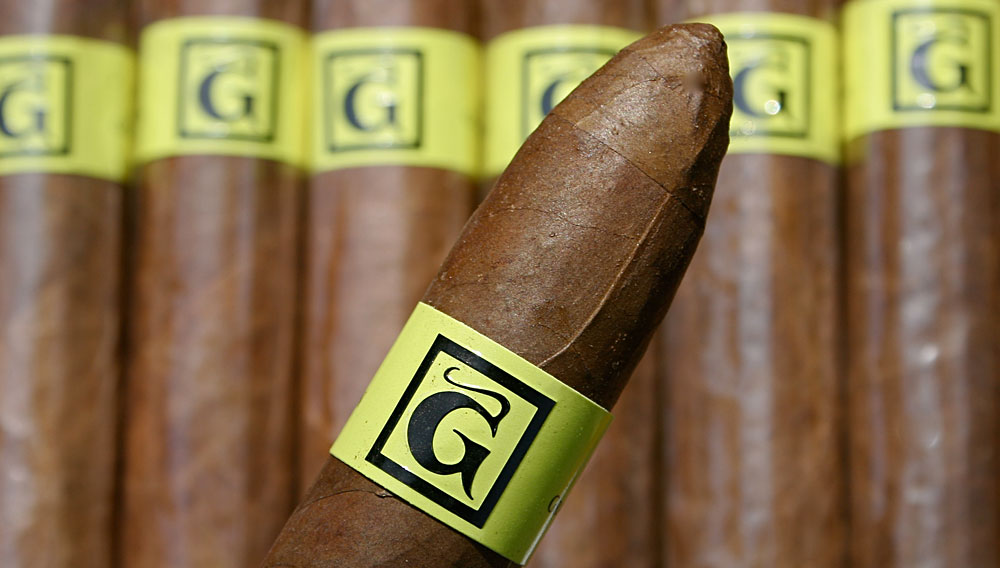 From its ultra-mild candela-wrapped Emerald to its hefty Espresso and Heritage Royale powerhouses, Graycliff is known for producing super premium cigars that span the spectrum of flavors and strengths. Now it has added a new dimension to its lineup, the Graycliff Cabinet Selection 2010 ($7.50 to $11.50), a limited annual edition that the company refers to as “an everyday Graycliff smoke.” But the phrase is an oxymoron, as there is nothing “everyday” about Graycliff cigars. Like others in the line, the Cabinet Selection 2010 is impeccably rolled, with its aged medium-tan Sumatran-Ecuadoran wrapper, Ecuadoran binder, and Nicaraguan and Honduran filler. The rather plain greenish yellow band with the stylized brown “G” belies the intricate taste that starts at the very first puff. The aroma is lightly aromatic, but the strength falls on the heavy side of medium. There is a bit of roughness around the edges, which makes this a perfect smoke for a pre-barbecue cocktail or while teeing off on the greens. Offered in four of Graycliff’s most popular shapes—corona, robusto, Churchill, and pyramid—the cigars are packed in boxes of 10, which makes them convenient for car consoles or carry-ons. (800.476.0446, www.graycliff.com)