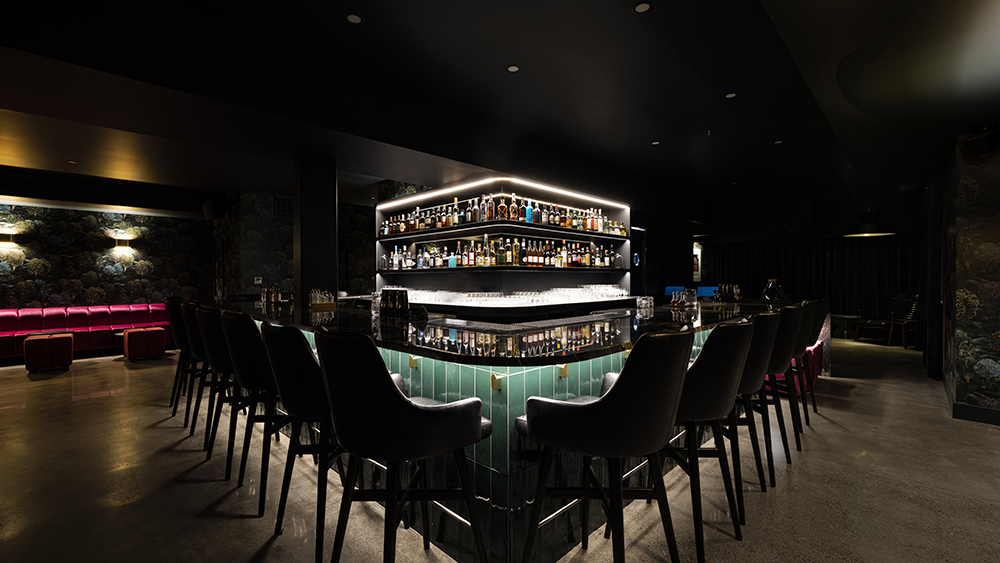 When the Portland, Oregon, chef Gregory Gourdet opened his Haitian restaurant Kann in August, it was a dream years in the making. Now, only a couple of months later, the Top Chef alum has realized another goal, with Sousòl, a cocktail bar beneath Kann.

The name of the new bar is apt: Sousòl means “basement” in Haitian-Creole. And that etymology also nods to the bar’s pan-Caribbean influences. Here, Gourdet is using some of the same Haitian flavors found at Kann, but he’s also drawing from the Caribbean more broadly, as well as from the African, Chinese, Middle Eastern and Indian cultures of those who migrated to the area.

In the drinks, that means a focus on popular Caribbean spirits and some lesser-known ingredients from the region. The savory Djon Djon Djin takes rye and apple brandy, and mixes those with arak, Cynar and Haitian black mushroom. Meanwhile, the more tropical Warmer Winters is a blend of agave spirits, pineapple, opal, demerara and mint. Gourdet also wants Sousòl to be a welcoming space for those who don’t imbibe in alcohol (he himself is 13 years sober), so the bar offers an expansive list of zero-proof options as well. The Konkonm, for example, features cucumber-mint juice and a syrup made with ginger and black pepper.

The snacks and small plates draw from the same pool of references, leaning toward more traditional Caribbean fare. Salt cod fritters, doubles (fried dough filled with curried chickpeas and chutneys) and beef patties all make an appearance, along with items that meld cuisines, like Trini-Chinese chicken wings.

The space itself is quite moody, with low lighting emphasizing the subterranean nature of the bar. Bright-fuchsia banquettes add a pop of color and serve as a reminder that you came to Sousòl to have fun. The only piece of art in the space—a portrait of Jean-Michel Basquiat that was a gift to Gourdet’s business partner—aims to highlight Basquiat’s Haitian roots, and marks the bar’s appreciation for the art world.

If Kann is any indication, Sousòl will soon be one of the hottest spots in Portland. Luckily, it’s currently accepting walk-ins only, so your chance of securing a seat is at least a bit more likely.