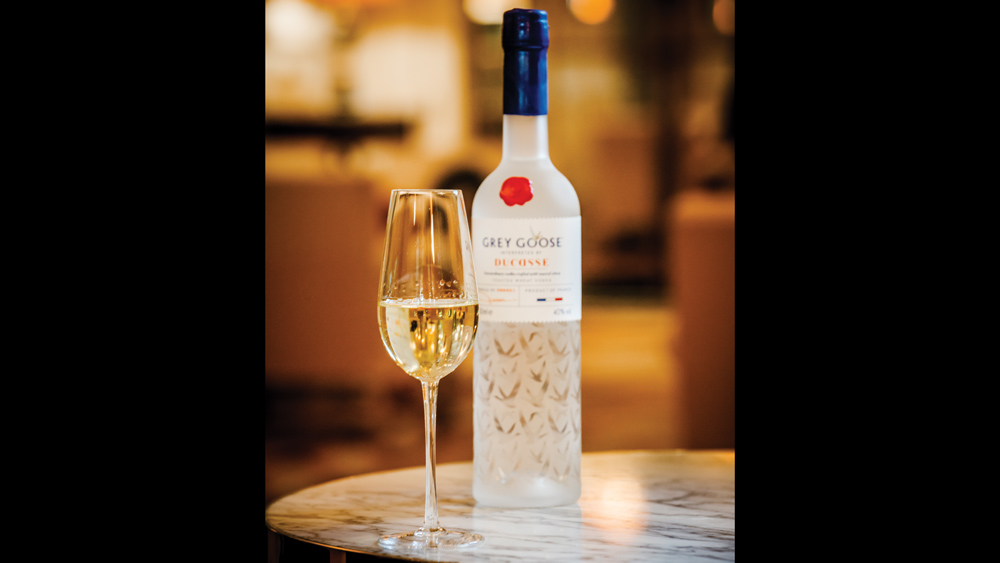 In 2017, Grey Goose vodka celebrated its 20th anniversary, a notable achievement. However, it was also the first vodka to be produced entirely in France, using the same naturally filtered limestone water as that country’s famed eau-de-vie, along with the equally noteworthy blé panifiable supérieur, a finely-ground flour made from soft winter wheat grown in the historical Picardie region of France—the only grade of flour permitted in making world-renowned French bread.

Embodying these classic elements of French terroir for a premium vodka caused no small amount of consternation among those spirits connoisseurs who had previously thought of France only as the home of Cognac and Armagnac. Befitting its ingredients, Grey Goose was also the first vodka to break the $30 price barrier, which by today’s standards seems modest compared to some other premium vodkas.

The inspiration of the late entrepreneur Sidney Frank, Grey Goose was formulated by François Thibault, who was maître de chai of the respected Cognac house of H Mounier when he and Frank first met. Having grown up in the heart of the Cognac region and with a passion for blending extraordinary spirits, Thibault was fascinated with Frank’s concept of a premium vodka that would be unlike any other, one that would have depth and would showcase French craftsmanship.

Using a long-dormant trademark that Frank owned, Thibault’s ultimate creation was christened Grey Goose, which, in 1998, the Beverage Testing Institute named as the best-tasting vodka in the world. Fittingly, with more than 500 daily quality checks in the distillation process, Thibault personally tastes every batch before it is bottled.

As yet another achievement in its two decades of existence, in 2017 Grey Goose became the first vodka to partner with a multi-Michelin starred French chef to create what can best be described as the world’s first gastronomic vodka.

“I wanted to work in close partnership with a French chef,” says Thibault. “So my first thought was to select the most decorated chef in France, and the most iconic, Alain Ducasse. Chef Ducasse is known internationally, and Grey Goose is known everywhere across the world, so everything was right for the two of us to get together.”

Conceived in 2012, what finally resulted after three years of collaboration was Grey Goose Interpreted by Ducasse ($100). The chef had made it clear that if his name was to be on the bottle, he would have to be personally involved with the liquid inside. Working side by side in Thibault’s Grey Goose laboratory and in the Alain Ducasse au Plaza Athénée kitchen in Paris, the two gastronomic experts focused on maintaining the character of its pristine Picardie wheat, which Thibault refers to as “the DNA of Grey Goose.”

“Chef Ducasse is into naturalness,” says Thibault. “Cooking is what he does. He actually cooked the wheat, first in a pan, then a big coffee roaster, and as a last step, in an oven.”

After three years of experimentation, Ducasse devised a way to produce three different methods of toasting the wheat to achieve three distinct and rich flavors. The lightest toast produced nuances of brioche, the medium-toasted wheat brought out flavors of green chestnuts, and the most heavily toasted wheat resulted in subtleties of chocolate and coffee. Blended together, the result is a vodka brimming with the essences of fresh bread, roasted almonds, dark chocolate, and a floral drop of vanilla. Grey Goose Interpreted by Ducasse is a vodka—quite understandably—worthy of pairing with the finest French cuisine.