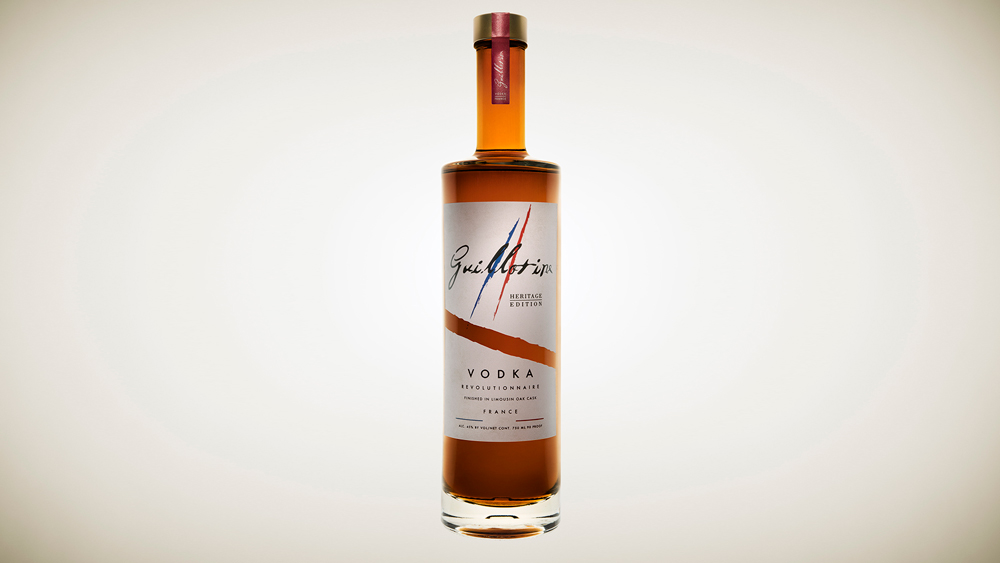 There’s a French vodka called Guillotine just starting to make its way into the U.S. market, and it’s billed as “a cut above the rest.” Sure, that’s a serviceably catchy tagline, yet it feels like a bit of a missed opportunity. Perhaps they could have workshopped it further and hit upon something a bit more cutting edge. Something along the lines of “Guillotine Vodka: Don’t Lose Your Head”—a clever pun that also delivers the obligatory responsibility message. Of course, we’re not here to quibble over wordplay; we’re here to appraise alcohol. And as it turns out, Guillotine vodka is, much like its slogan, good but perhaps not great.

Guillotine, which made its American debut last month in Vegas at the 75th annual Wine & Spirits Wholesalers Association convention, is 80-proof vodka made from Pinot Noir, Pinot Meunier, and Chardonnay grapes sourced from the Champagne region. It comes in two styles: Originale and Heritage.

Guillotine Originale ($40) is as airy and unobtrusive a spirit as you’re likely to come across, ideal for those who prefer the act of drinking over actually tasting liquor (the vodka-soda-lime set). The truth is, at this price point, there are more appealing grape-based vodka options than Originale—Hangar 1 and Ciroc, for instance. And it does not come close to our favorite French choice, Grey Goose Interpreted by Ducasse, a premium vodka made with three different toastings of wheat and created in collaboration with legendary chef Alain Ducasse.

Before going into bottle, the more interesting Guillotine Heritage ($70) spends some time resting in Limousin oak Cognac and Armagnac barrels, allowing the wood to impart a number of pleasant notes, including toffee, licorice, and nectarine as well as a beautiful amber hue. It’s smooth and eminently sippable, with a chewiness and weight to it that really does right by a martini.