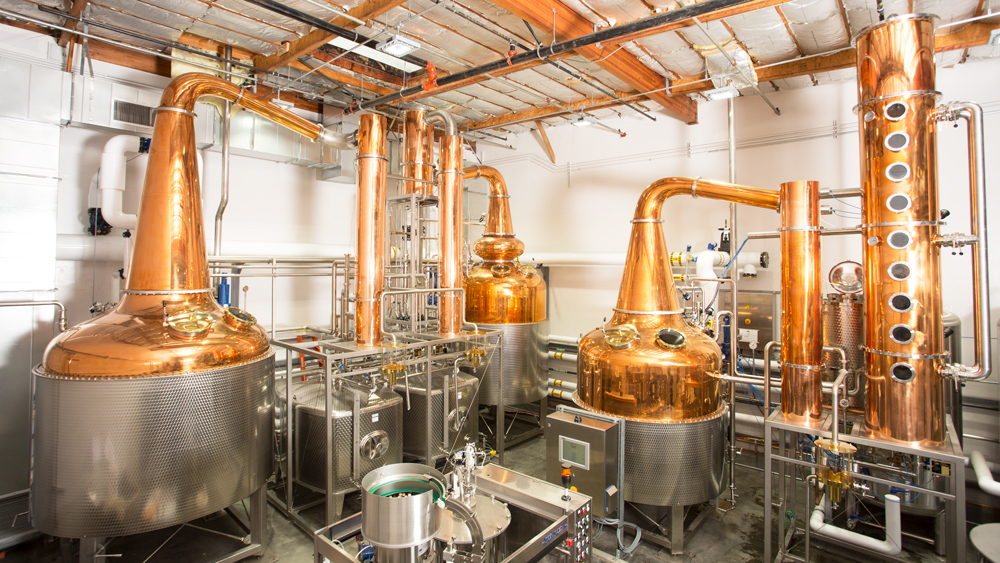 It’s no secret that the dine-in restaurant and bar business has tanked, taking its lucrative cocktail revenue down the economic drain with it, thanks to stay-at-home mandates caused by the deadly Covid-19 virus. However, liquor stores are doing a thriving business (most notably for curbside pickup). Also benefitting dramatically are home delivery services such as Drizly, which partners with more than 2,500 retailers across the country to deliver beer, wine and spirits directly to consumers’ doorsteps; as of May 4, 2020, Drizly sales were up 418 percent.

“Most of our customers are not heavy drinkers by any means, but (they) also realize they will be stuck inside their homes for weeks, maybe months,” says Peter Jarjour, owner of Flask Fine Wine & Whisky and other spirits outlets in Los Angeles. “Most people aren’t hoarding, but there certainly is ‘panic buying.’ Think about it, people stuck at home with little or no work, kids are home, sports are off, the supermarkets are a zoo. What else do they have, really?”

Coupled with this unprecedented demand for spirits is the fact that numerous distilleries, both large and small, have been refocusing their priorities to the task of making hand sanitizer, a crucial commodity that has been in demand from the very outset of the pandemic and is still in short supply. In answer to this international clarion call, Diageo, Beam/Suntory, Pernod Ricard and Bacardi are some of the major  distilling groups that have diverted a sizable portion of their workforce to produce hand sanitizers at their various distilleries around the world.

As an example of the magnitude of this operation, Bacardi, which owns household-name brands beyond its namesake rum such as Martini, Grey Goose, Bombay Sapphire, Dewar’s, and Angel’s Envy, is spreading its global production power throughout the United States, Mexico, France, England, Italy and Scotland to supply enough alcohol to create more than 267,000 gallons of hand sanitizers, which is being donated to local organizations and emergency responders as well as to Bacardi employees and contractors.

But it isn’t just the top guns who are performing this service. Boutique brands and craft distillers have also eagerly stepped up to help. For example, in addition to $500,000 they have pledged to various restaurant and bartender charities through their Skrew Covid campaign, San Diego-based Skrewball Peanut Butter Whiskey, one of the fastest growing new spirits in the country, has provided five-gallon batches of hand sanitizer to local health care services and others on the pandemic frontlines, and have produced 20,000 additional 200 ml-size bottles to be distributed throughout the country.

“Our mission was to provide (hand sanitizers) at zero cost to frontliners in healthcare and first response professionals, and to donate to the communities we serve,” said Skrewball Whiskey President Carl Carlson. “Providing such a critical public service still allow us to continue to successfully bottle and distribute Skrewball, since separate production lines and different processes are utilized in the bottling of each. So this did not take away from our whiskey making capabilities.”

As reported in Wine Enthusiast, the American Craft Spirits Association (ASCA) says more than 75 percent of the nation’s craft distilleries have turned much of their operations over to the production of hand sanitizers.

The downside to this for the majority of the smaller distilleries which rely on tourism and tasting room revenues, as the Distilled Spirits Council of the United States (DISCUS) and the American Distilling Institute (ADI) stated in a joint April news release, “Craft distilleries, faced with closed tasting rooms and plummeting sales due to Covid-19, report bleak prospects of being able to sustain their small businesses.” Their survey, which includes feedback from 118 craft distilleries from 35 states and the District of Columbia, concludes that two-thirds of the respondents do not believe they will be able to remain in business for more than six months and the rest doubt they can last for even that long. On average, craft distillery sales are already down by 64 percent and approximately 43 percent of distillery employees have either been let go or furloughed since the start of the crisis.

“It’s terrifying that such a robust industry could be so deeply threatened in a matter of weeks,” said Pia Carusone, cofounder of the boutique Republic Restoration Distillery and craft cocktail bar in Washington, DC. “I worry that many of us won’t survive, and the farmers and small suppliers that depend on us will be hurt as well.”

With reduced production, sales and distribution, her establishment is barely hanging on by selling its spirits for pickup and (where allowed) delivery, and offering a free bottle of hand sanitizer with every order as an added enticement.

“There’s no way to sugarcoat this news,” said Erik Owens, president of the ADI, which represents more than 600 small, independently owned craft distillers. “The economic climate for the craft distilling industry is dire.”

All of which brings up this sobering question: With the crafts distilling industry in a rapidly downward spiraling decline and with most of the major distilling companies diverting a portion of their resources to the manufacture of hand sanitizer, coupled with an escalating demand for bottled spirits, will the Covid-19 virus eventually cause our nation’s whiskey barrels to run dry? Anticipating this paranoia, Bacardi has already issued a statement: “These temporary, emergency actions at all (of our) locations will not disrupt the supply of brands in the Bacardi portfolio.”

Still, in spite of statements like these from giants like Bacardi and independent distilleries such as Skrewball, people who are already encountering shortages of toilet paper and certain food items are starting to wonder about the future of their whiskey supplies.

The short answer is there are plenty of spirits in warehoused barrels aging and in holding tanks waiting to be bottled, so the major brands, such as those owned by Diageo, Beam/Suntory, Bacardi, Heaven Hill and Brown-Forman won’t be affected. In other words, Jack Daniel’s won’t be leaving the building anytime soon. And there are millions more bottled spirits in the distribution chain, waiting to be delivered.

“Thanks to distributor and retail trade partners, and even with favorable surge in sales and home consumption, most have no issues whatsoever in replenishment of display and shelf stock, says Skrewball’s Carlson. “I can only speak to the spirit segment of beverage alcohol, but there appears to be minimal interruptions to production and bottling, and if there were, distributors typically carry enough inventory to deliver to short-term market needs. I’m sure there are exceptions, but in our case, we are incredibly grateful that we have been able to accelerate our retail growth during this unprecedented period.”

According to DISCUS chief economist David Ozgo, “Supplies should be more than adequate. Many whiskeys, for example, have production lead times of years, because of the necessary aging. And, the same products sold to off-premise stores (liquor stores) are also sold to on-premise accounts (bars and restaurants). Obviously, with bars and restaurants still closed or operating at limited capacity, those stocks can be dedicated to off-premise outlets.”

Although the increase in off-premise spirits sales is hardly enough to offset the dramatic loss of on-premise revue (which is why so many restaurants are not just shuttering, but going out of business altogether), many bar owners agree with Ozgo, and don’t foresee a shortage of spirits at the retail level.

“I don’t see Covid-19 affecting the nation’s spirit supply too greatly at this point,” says Tyson Buhler, national beverage director of Death & Co. a celebrated mecca for classic cocktails, with locations in New York, Los Angeles and Denver. “For the spirits that undergo a short resting or aging period, like vodka and gin, for example, that production can ramp up pretty quickly once we return to some sort of normalcy. For spirit houses that do make spirits that require long aging, those spirits were laid down years in advance, so theoretically there is ample stock. If anything, my guess is that distilleries are sitting on more product than usual and hoping, like all of us, that we can get back to business soon.”

However, Brian Rosen, former CEO of Sam’s Wines & Spirits—the nation’s largest retail liquor store chain—and now president and founder of BevStrat, one of America most respected and successful brand placement, sales and strategy companies in the adult beverage industry, believes the bigger problem might be that of regaining brand awareness.

“The issue is not the supply shortage,” he says. “The real issue is do they (individual spirit brands) still have goodwill built up in customers and stores, with consumer demand having been halted. The real issue is the small guy, the one that consumers call craft, specialty, unique; those are the ones that will suffer…The goodwill that was built up over years will need to be recreated. Their supply chain is smaller, their leverage is smaller and their output is smaller, but the impact (of all this) is bigger.”

A somewhat more optimistic perspective of this very real situation is expressed by craft distiller Scott Harris, general manager of Catoctin Creek Distilling Company, which he and his wife Becky, Catoctin Creek’s chief distiller, founded in 2009 in Purcellville, Virginia, and which is primarily noted for its gold medal-winning Roundstone Rye.

“We are seeing total volume down because of the loss of restaurants and bars, but off-premise volume is up,” he says. “The products are consumables, and therefore, we believe will need to be replenished. We had to cut production 20 percent to make room for our sanitizer (manufacturing). But we’ve continued to make whiskey during this sanitizer craze.”

If there is any ray of hope during this pandemic, it is that we will all come out together at the end of the tunnel with a full glass in our hands.