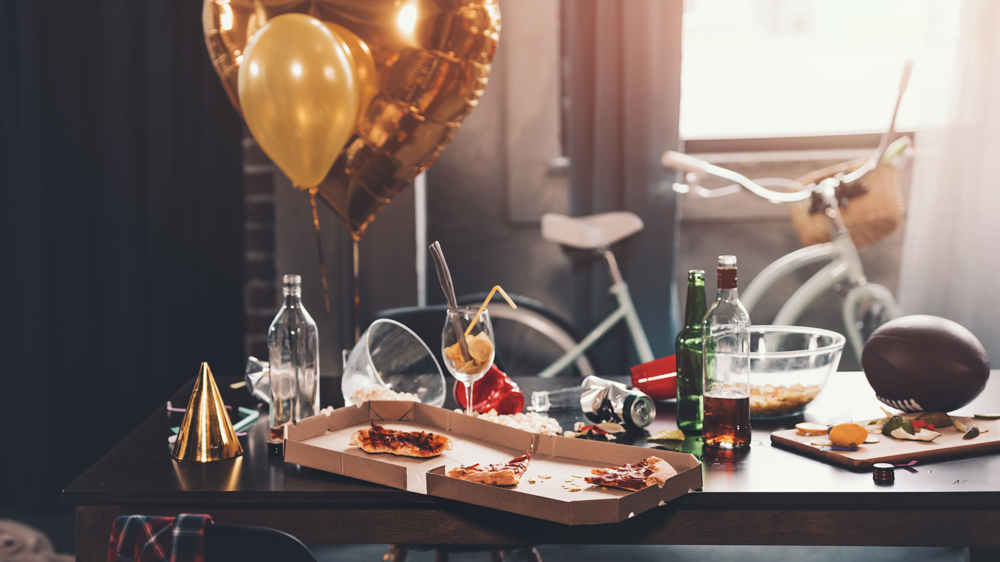 One of the joys of the holiday season is sharing a rare vintage or spirit with family and friends and toasting to the year ahead. But given that it’s so easy to over-imbibe, ‘tis also the season of the hangover. Here’s a look at four ways to ease next-day misery.

For severe morning-after suffering, some swear by intravenous hangover treatments. A registered nurse or doctor visits patients at home or at the office and sets them up with a rehydrating saline drip that may also contain ingredients such as B vitamins and the antioxidant glutathione to aid the body as it breaks down alcohol. Patients may also receive anti-nausea medicine, NSAIDS for pain relief, or medicine to ease an acid stomach.

The visit usually takes an hour or less, runs around $200 to $400, and patients often feel measurably better in minutes, says Dr. Adam Nadelson, medical director and CEO of I.V. Doc. Incidentally, hard-partying medical residents are credited with “discovering” the IV option in the 1970s, he adds. I.V. Doc offers its services in major cities such as New York, Los Angeles, and London, as well as the Hamptons, Park City, and Ibiza.

Hair of the Dog

To be clear, sipping a cocktail while hung over simply postpones the pain. “It’s just a kind of a Band-Aid,” offers Micah Melton, beverage director for Alinea Group, the company behind the Aviary, the “it” cocktail lounge in Chicago’s West Loop and New York’s Mandarin Oriental Hotel. Still, the right libation can temporarily lift the day-after blahs. Melton suggests the Aviary’s Bloody Mary, which contains heirloom tomatoes marinated and juiced and then blended with hot sauce and fresh horseradish. “You need some spice to clear your sinuses and make you feel a little more refreshed,” Melton says.

In place of vodka, he uses smoky mezcal, and garnishes the drink with five one-bite delicacies including a clam poached in a cucumber and curry sauce, and topped with celery granita. Melton’s personal favorite for hangovers is a cold Micahlata, a libation named for him. It riffs off the Mexican tomato-based michelada, using Asian flavors instead: a low-alcohol Japanese lager specially brewed for the Aviary, a splash of Japanese whisky, and a mix of hot sauce and citrus, served over ice. “You have the freshness and vegetable flavors, and some spice,” Melton says, “all of which are going to make you feel a little better.”

Morning-after headaches may be triggered by a sensitivity to histamines, naturally occurring substances from grape skins that are especially common in big, bold reds. Another culprit: sulfites, which are also naturally occurring but are also added to white wines to extend shelf life. Enter The Wand, a device with a patented ion-exchange resin that removes up to 95 percent of the histamines and sulfites in each glass.

“Think of it as a Brita filter for wine,” explains Gina Lynn of PureWine, which makes The Wand. David Meadows, a retired biomedical engineer and wine aficionado, launched the company in 2016 after inventing this solution so he could imbibe despite his histamine sensitivity. Made with BPA-free, food-grade plastic, each Wand is good for a single glass of wine. Dip it into the glass of wine and then swirl for 3 to 8 minutes, an action that aerates the wine as it removes the irritating substances. The Wand won’t alter the structure or flavor of wine, Lynn says.

Sisun Lee was a test product manager at Tesla when he visited South Korea, a country known for its energetic party culture, and discovered herb-based concoctions for hangover relief. Impressed, Lee looked into bringing the herb Hovenia dulcis, also known as the Japanese raisin tree, to the U.S. He partnered with University of Southern California researcher Jing Liang, who has long studied a flavonoid in Hovenia dulcis known as dihydromyricetin (DHM), which speeds the breakdown of ethanol in the body and balances the neurotransmitters that disrupt sleep and trigger headache and depression after drinking.

Liang helped Lee formulate Morning Recovery, a lightly peach-flavored dietary supplement with DHM, and it became so popular that Lee chose to leave Tesla to run the company full-time. It works best when consumed alongside alcohol, but Lee says users can also get relief if they simply drink the product when calling it a night.