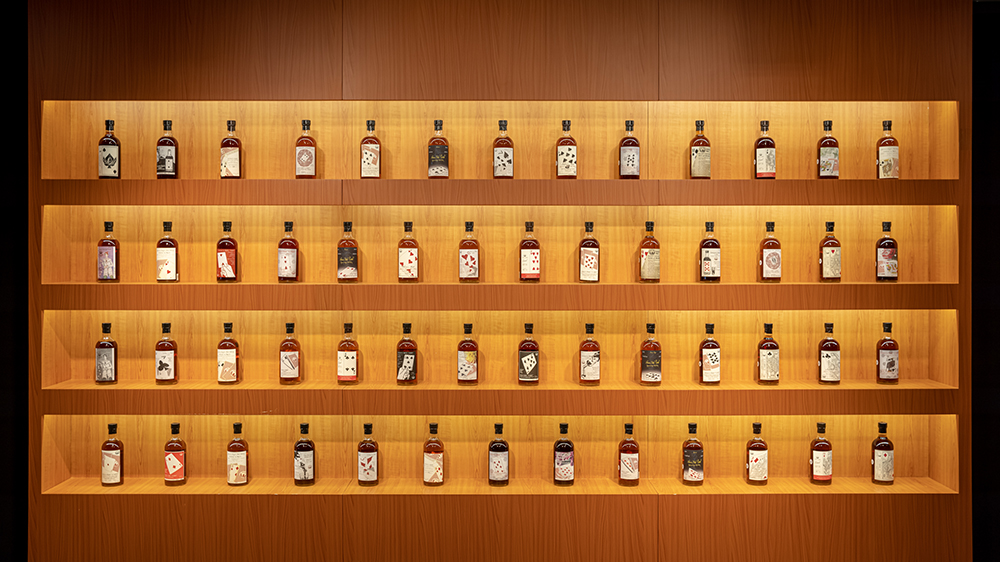 Another year, another record set by the storied Hanyu Ichiro Full Card Series. The latest high-priced collection of ultra-rare Japanese whisky didn’t just break the old record, either—it demolished it by over $600,000.

A complete set of the 54 bottles that make up the series sold for a stunning $1.52 million at Bonhams’s Fine & Rare Wine and Whisky auction in Hong Kong over the weekend, according to The Spirits Business. That comfortably makes it the most expensive Japanese whisky collection ever sold, breaking a record set by another Full Card Series that sold for $917,000 last July.

The ultra-rare Full Card Series consists of 54 bottles of Scotch-style malt whisky, each of which represents the playing cards in a full deck (including two jokers), from the Hanyu Ichiro distillery. Founded by Isouji Akuto in 1941, the legendary distillery closed its doors in 2000, but not before Akuto’s grandson Ichiro could preserve 400 casks of premium whisky. He then personally selected which whisky would be used for each “card,” which were then bottled and released between 2005 and 2014.

This particular set comes from Club Qing, a Japanese and Scotch whisky bar located in Hong Kong. The 54 bottles were all collected by the bar’s founder, Aaron Chen, before any of the “cards” made their way to the auction market and has been on display at the bar since it opened in 2015. Coming into this weekend auction, the set was estimated to sell for between $823,000 and $1.26 million. This marks the third time a Full Card Series has set the record for most expensive Japanese whisky collection.

“Today, Japanese whisky set a new market high point. We are thrilled to establish yet another world auction record with the Hanyu Full Card Series,” Bonhams’s director of wine and spirits, Asia, told Spirits Business. “The bidding for the 54 lots was spirited and global, with strong participation from young collectors under 40 years old. This fully demonstrates the universal appeal of whisky, and the deep market appetite for what is now ready to be one of the most collectible categories for the next generation.”

While the record-setting Full Card Series stole the headlines this weekend, other highlights of the auction included a bottle of Dalmore Selene-1951-58 year old that sold for $92,975, a bottle of Black Bowmore-1964-50 year old-The Last Cask that sold for $71,981 and two bottles of Karuizawa-45 year old White Aqua of Life that hammered down for $60,784.