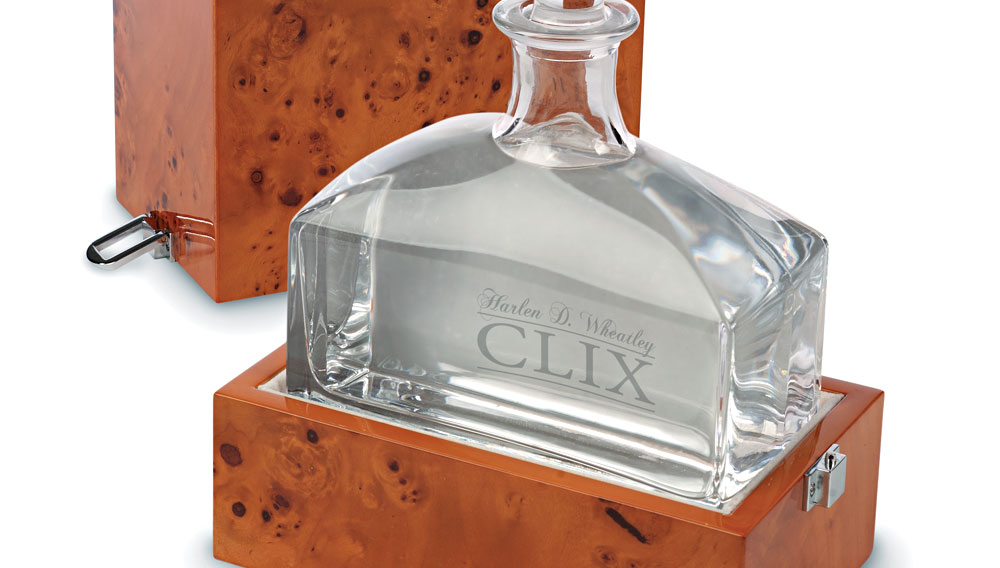 Even though Buffalo Trace Distillery is known for expertly crafted bourbons and ryes, its appropriately named master distiller, Harlen D. Wheatley, wanted to produce the perfect vodka. After a decade of experimentation, the result is perhaps the consummate vodka for cocktails. Different mash bills were combined, each containing varying amounts of corn, wheat, rye, and barley malt. Sequestered in a padlocked stainless-steel tank since it was perfected, HDW CLIX has just made its debut. Light, herbaceous, and gentle, with no alcoholic sting, there is just a touch of citrus and lemon-soaked wood. It is a one-time offering, with 2,000 individually numbered cork-stoppered crystal decanters produced. Each is encased in a handsome burlwood box, with a separate crystal stopper for presentation pouring. The name of this Kentucky clear spirit combines the master distiller’s initials (HDW) and CLIX, the roman numerals for 159—the number of times the vodka has been distilled. ($300)