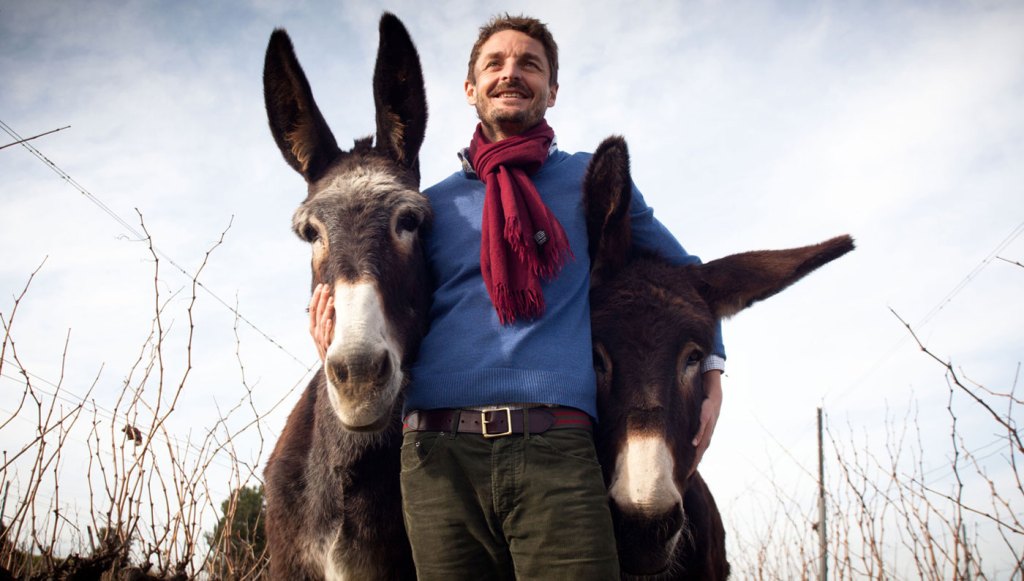 As the most respected sparkling wine producer in all of Spain, Raventós i Blanc has set an extraordinarily high bar for quality. Its wines are beloved by sommeliers worldwide, and you’ll see them on the wine lists at the very finest restaurants.

Just don’t call it Cava: In keeping with Raventós’ role as pioneers in the world of winemaking over the past several hundred years (the family has been making wine on the same plot of land in Catalonia since 1497, and in 1872 they were the first to make sparkling wine in Spain), they’ve again added a new twist to their story. In 2012, Raventós seceded from the Cava D.O. (Denominación de Origen), and created a new one, Conca Del Riu Anoia, because “We wanted to do something very different from what cava has become,” says the wine family’s current scion, Pepe Raventós.

It’s a bold move, even for Raventós. The new D.O. has strict requirements: Only indigenous grape varieties will be allowed, and will need to be farmed biodynamically. Each wine will spend a minimum of 18 months on the lees (as a comparison, non-vintage Champagne requires 15 months; Cava only 9); each bottle will be vintage-dated.

We wanted to find out more about this wine-world rebel. It turns out that Pepe, 41, is someone you’d genuinely like to kick back and have a glass of wine with: every bit as cosmopolitan as you’d expect, but retaining a deeply rooted sense of tradition. We’ll let him tell you more.

I understand that your family’s been making wine on this land since 1497, so it’s one of the oldest family-run vineyards in the world. What does that heritage mean to you?

First of all, I think my family has been doing wines there before the 1400s. But the first document that we have is an inventory in ancient Catalan from the 1400s, so at least we have documentation to then. But the origin of viticulture is on the Mediterranean shores. We have history in our region from about 3000 years ago, and the wines of the Tarragona area were prized as the best wines of the old Roman Empire for their quality.

Answering your question about the heritage, it doesn’t mean much. I think every generation has to start from scratch, and has to follow its own dream—not trying to do things as they have been done forever.

Was entering the family business a foregone conclusion for you? And if you hadn’t, what would you be doing with your life?

It’s very interesting, because my father has been always very progressive and open-minded, and this has been the biggest personal and professional gift I’ve received in life. I was never conducted or forced to do this. I chose to follow my other big passion, which is social work, and I did social work for five years. The truth is that, during difficult times in the winery, one day I chose to help my father. But more to help him than because I was crazy about wine. So people say, “Well, Pepe, you say this, but we could see that you were very passionate for the family business.” And probably they are right. But it was for me a very thin decision. And also it was very important to work outside of the family business for a few years, and get open-minded and learn from other people.

Which of your wines is your own personal favorite?

Without any doubt, L’Hereu, our entry-level wine. I think every time I taste L’Hereu, I have like a spiritual connection with the wine. It’s the balance that this wine has. It’s the depth and the lightness, the freshness and acidity, but well-contained and integrated; small bubbles, but still young and effervescent and powerful; it’s very mineral-driven but without being crazy-complicated—all the things that this wine offers, every time I taste it, I have this spiritual sensation of Wow, and it gives me strength to work for a year. I think it relates to the vineyard, to the climate, the area, also my grandfather’s expertise of 40 years.

Your wines are so well-respected by the world’s best sommeliers. And yet they’re relatively inexpensive.

I like this question. You know why? Because I think in New York especially, we lose perspective. In my opinion, $25 is a lot of money. And there are families in the world that with $25 can live for one week. And because of marketing, we have become spoiled and we think that $25 isn’t expensive. I think it’s the opposite. I think that we really have to think, Why do we need to pay $100 for a bottle of wine? I mean, there’s a minority that work very hard, that drink a lot of wine and they have a lot of money; that’s fine with me. I also produce my single-vineyard crazy project and we sell it at $200—beautiful. But I think if we are honest, $25 is a lot of money for a bottle of wine. From a winemaking perspective, I think retailing at $25 gives us enough margin to do very hard work in the vineyards and in the cellar and produce great quality wines.

You first moved to NYC several years ago, and then briefly bounced back to Spain, and now you’re back in NYC again.

I think it’s been like living two lives in one. I spend a lot of time at the winery, say one week every other month, and from the end of June until the end of September I have been living there and doing the harvest. So the fact of crossing the Atlantic and living in America, it’s been like, having the best of the two worlds, no? Understanding the market, understanding New York, the energy, how sophisticated it is, the opportunity to taste so many different wines, and also maintaining contact with my origins. What I miss is traveling around Europe and Asia, but I really haven’t missed it much, because I do enough traveling in America. So it’s been a fantastic balance. Truth is, it’s time to go back because the kids are growing older, and we want them to speak Catalan and to spend time with their grandparents and also grow up with the animals, with the donkeys, with the horse that I plow the vineyards with. But it’s been nice. Sometimes the perspective helps you understand the better wines and the not so good wines, you know? The good decisions and the not-so-important. If I hadn’t lived in New York, I wouldn’t have thought to create a new D.O. Here we learn to think big.

So why did you move to NYC? What’s the draw here?

I think it’s the most sophisticated wine market on earth. Because people spend a lot of money on wine, people spend a lot of money dining out—there’s a strong dining-out culture. And at the same time it’s very open-minded. Also, for example, people say, Well, London is a good market. I say, Yes, but you know how the English are. They do what their grandparents do. Here, every winemaker with a good wine, with a good story, with soul, with passion, can bring their wine into the city and this means that, wow, the offerings are incredibly wide.

Where are some of your favorite places in NYC?

Oh, that’s a horrible question because there are so many good places. So let’s talk about neighborhoods—it’s easier. For example, in the boring Upper East Side, I like the work that they do at The Simone, and they have a great selection of wines. But it’s for a more tranquil night, no? And on the other side, I love to go to Bar Boulud; I like what Mike Madrigale is doing there. I think it’s fantastic. The food is also fantastic. If we go to Midtown it’s harder, but for example, I enjoy Aldo Sohm Wine Bar. Fantastic wines, and it’s more Midtown-priced, but it’s fun, it’s very cool.

I will say, I know Aldo Sohm is a big fan of yours.

And I am a big fan of his for a long time. I remember one night dining at Le Bernardin, when Aldo Sohm Wine Bar wasn’t yet open, and Aldo was pouring blind tasting wines. And I guessed Gruner Veltliner that he was actually producing, because I think sometimes that Gruner has a mineral expression that reminds me of Xarel-lo. All the other people, they were like, this is Burgundy, this is Burgundy, Chablis, and I said, No, this is Gruner Veltliner. From that moment on we become very good friends. It was my moment of glory.

And what else? More downtown, I really like the more openminded kind of places. You know, where you can taste so many different wines. I love Racines, for example. I think the chef does a great job and the wine list is fantastic. I think Contra is pretty solid—I like that kind of place, like small and very cool. One of my favorite places in the West Village, for a casual experience, is Mary’s Fish Camp. It’s very cool, it’s very authentic, it’s New England, and they do a fantastic job. And how about Andrew Tarlow’s restaurants in Brooklyn, like Marlow & Sons, or the best chicken in town at Reynard? He’s doing a great job there. Have you been to Cagen? It’s a fantastic Japanese place in the East Village. Fantastic. Strongly recommended.

What would you say is your greatest indulgence?

Traveling with my wife and my kids.

Sailing. We rent a sailboat and we get lost in the waters off Puerto Rico, St. John, Menorca, Greece…

That sounds wonderful. How old are your kids?

Eleven, ten, eight, and six. They’re already good sailors. The other day I was walking the little ones to school, and the little one says, “I miss waking up on a boat.” I think it’s cool.

How would you define “The good life”? And if you feel you’re living it, tell us about that.

Well, I think living the good life is connecting with the present moment. And I think there’s a lot of bullshit in the world that we live in. I recommend that everybody read the book A New Earth by Eckhart Tolle. He explains very well how humans function, and how much depends on our mind and ego. When you abandon that ego—for example, as a winemaker, when I abandon the ego of “winemaker,” and I think, I am not important, it’s all about the nature, and you don’t try to force, to change, to be the protagonist, but just to be an observer, try to understand, try to connect, try to be aware, then you gain more confidence in the wines, and the wines, I think, gain more confidence in themselves, and people connect more with what you do. So I think you can take it at all levels, no? Just to relax a little bit more and connect more with the present.