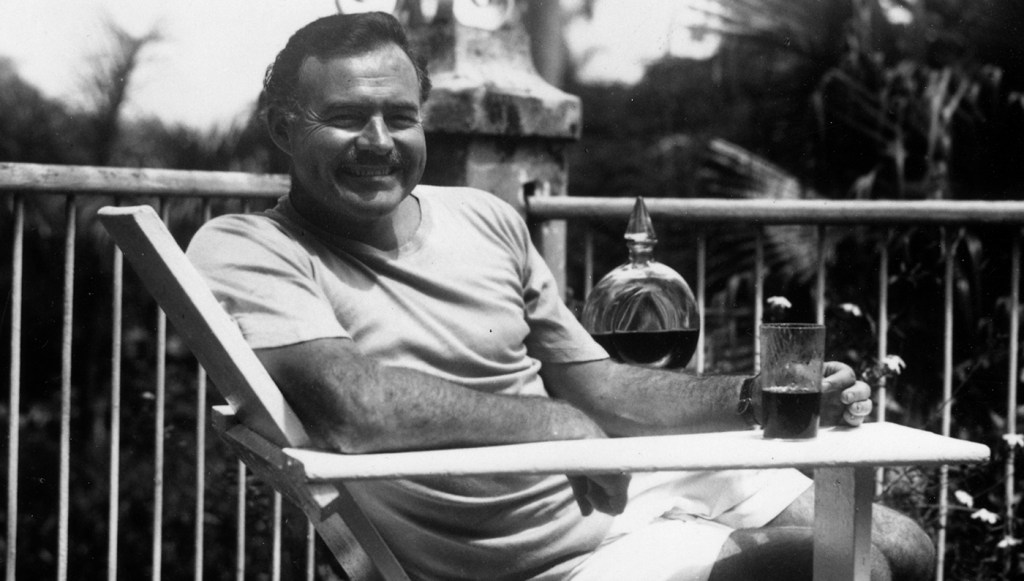 Everything about Ernest Hemingway was larger than life, from his daring war reporting to his big-game hunting in Africa. So it only makes sense that his drinking is almost as legendary as his writing—he’s even got a cocktail named after him.

Hemingway was born in Illinois in 1899. He made his name as a writer as a member of the “Lost Generation” of expats in Paris during the 1920s, which he wrote about in his classic novel The Sun Also Rises, as well as the autobiographical A Movable Feast. He was no slouch with a bottle and glass even then—his passion for everything from martinis to absinthe to wine is well documented both by him and his contemporaries.

But Hemingway’s legend as an imbiber really rests on his years in Havana.  He lived there for more than 20 years, and he was such an enthusiastic drinker of native refreshments like daiquiris and mojitos that several bars and restaurants in Cuba still maintain shrines to his memory. The most famous is El Floridita in Havana, whose life-size statue of “Papa” bellying up to the bar is as much a tourist attraction as the daiquiris he drank.

More than 50 years after Hemingway’s death, his influence still looms large over the cocktail scene. Ask any well-seasoned bartender for a Hemingway daiquiri and you’ll get one with grapefruit juice and maraschino liqueur. Papa famously preferred his without sugar and double the rum (he’s said to have consumed 16 of them in one session at El Floridita). But just as none of us can write like Hemingway, we can’t drink like him, either. Today’s Hemingway daiquiris employ sugar to make it more palatable to us mere mortals, none of whom are likely to drink 16 at a time anyway.