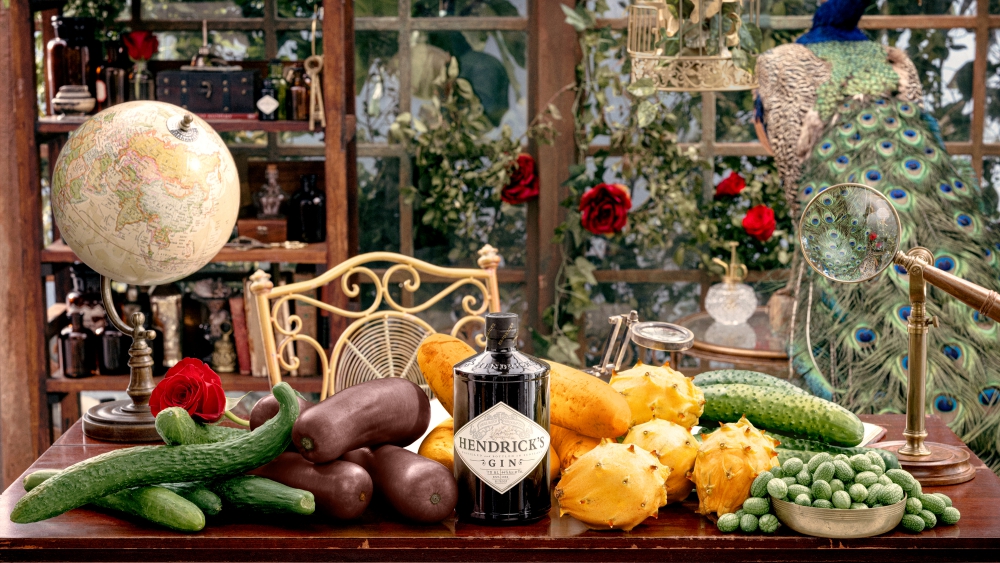 Hendrick’s Gin is known for being flavored with two specific ingredients—rose and cucumber. So in a canny PR move, as well as the betterment of all cucumber-kind, the Scottish gin brand has embarked upon a mission to save some of the rarest of these crispy fruits from extinction, and now you can order a box of them to try at home.

Hendrick’s Curious Cucumber Collection is now available to order for $48 from Farmer Jones Farm at The Chef’s Garden, with each box offering a selection of cukes you’ve likely never tried before to use in cocktails, salads or just to snack on. This collaboration makes sense, given Hendrick’s master distiller Lesley Gracie’s self-described “healthy obsession” with cucumbers. “When we were first developing Hendrick’s, experimenting with cucumbers and figuring out how to get that curious cooling sensation into a gin was a big moment in my career,” she said in a statement. “Over the years, I’ve had the pleasure of seeing so many diverse and wonderful varieties of cucumber in different parts of the world. The chance to cultivate some of the more peculiar styles on the brink of extinction has been an extremely fun and welcomed challenge.”

To that end, Gracie and the Hendrick’s team worked with Professor Lenore Newman, director of the Food and Agriculture Institute at the University of the Fraser Valley in Canada, The Chef’s Garden in Ohio and MX Morningstar Farm in Hudson, NY to curate a selection of seeds from across the globe. “These seeds represent a microscopic amount of the global cucumber population,” said Newman in a press release, “and without this project, they remained in danger. It’s remarkable to see them restored to such great scale, and it’s such a joy for people to now be able to taste these marvelous fruits.”

Hendrick’s national ambassador Vance Henderson has been experimenting with using some of the cukes in cocktails, and came up with one you can try making at home. “One of our favorite creations, The Cutecumber Lemonade, is an ode to our popular Hendrick’s Cucumber Lemonade,” he said, “with one-of-a-kind notes of citrus from the Cucamelon that beautifully compliment our delicious and refreshing gin and mixes well with the unusual.” Here’s the recipe:

Combine all ingredients in a highball glass filled with cubed ice and lightly stir. Garnish with one whole Cucamelon speared between one lemon wheel and serve.