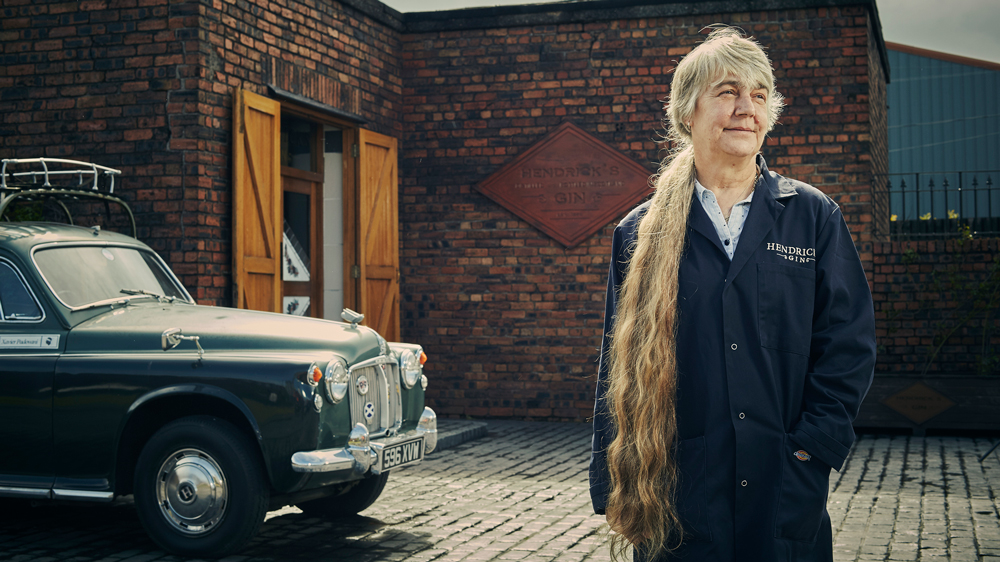 Behind the daring rose and cucumber profile of Hendrick’s gin is a powerhouse of a master distiller, Lesley Gracie. Armed with an obsession for all things botanical—especially in pursuit of creating new flavors of the liquid variety—Gracie came to William Grant and Sons some 30 years ago. A decade later she rattled the London dry gin world by adding the seemingly disparate duo to the traditional profile in the form of Hendrick’s.

This has been another watershed year for the inventive distiller. Hendrick’s has a new distillery in its Girvan home on the west coast of Scotland, modeled after a Victorian glass house flanked by two hothouses, where she can grow a wish list’s worth of exotic botanicals to experiment with—a jungle environment on one side, a citrus haven on the other. And with this playground in the works, Gracie has punctuated Hendrick’s innovative history with a gin that breaks ground again: Orbium, rolling into the U.S. market early next year.

In her new lab, surrounded by apothecary-like cabinets housing a veritable flavor library, Gracie describes Orbium, how it came to be, and what her new hothouses mean for future Hendrick’s “liquids.”

Hendrick’s was different in its day, to put it mildly, but now the world’s a distiller’s oyster when it comes to botanicals. What direction have you gone with the Orbium profile to create something new?

What I love about Orbium is that it’s a sidestep on the category. It’s a quininated gin, with wormwood and lotus blossom. The bitter quinine lifts the profile, the wormwood adds a sweeter bitterness, and the lotus blossom balances the bitterness.

Why did you decide on quinine as the jumping-off character for a new gin?

We first created a quinine cordial [called Battersea] for bartenders, to complement Hendrick’s for a perfect gin and tonic. But bartenders being bartenders, they do whacky things. They were using the cordial in other cocktails. And since we’d been tinkering with quinine, we thought, Why don’t we put it into our gin? Orbium is a really good martini gin, by the way.

Will botanicals from your new hothouses find their way into new Hendrick’s products down the road?

No. Our hothouses are purely for innovation—I can grow things to experiment with. For Hendrick’s, for example, we started with many botanicals and narrowed them down to 11, and we source them from around the world, through brokers who actually visit the farms to confirm quality. But here, I will plant the original species of pineapple I found in Venezuela, Turkish mandarins, satsumas . . .