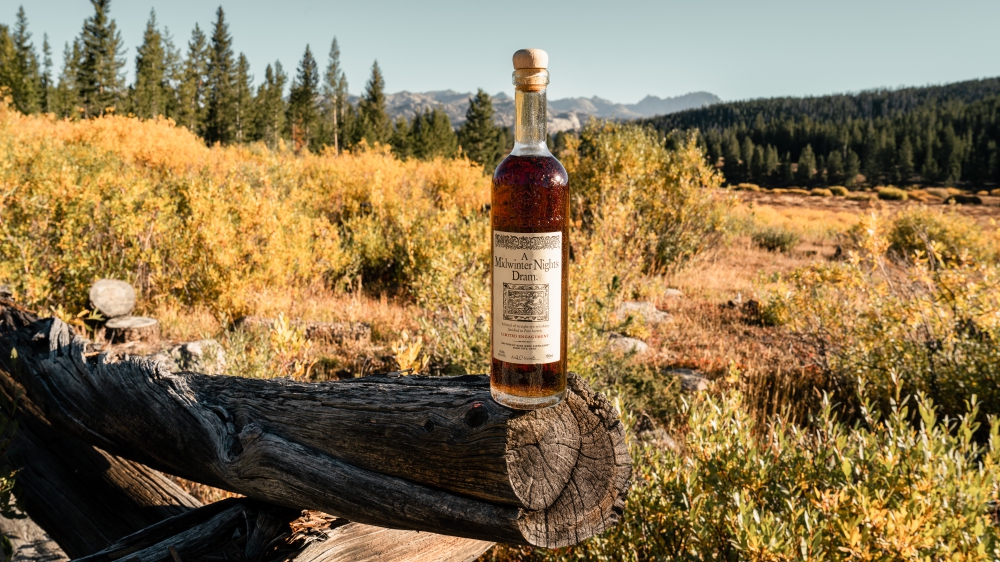 Utah’s High West Distillery has announced the launch of the tenth edition of its limited-release A Midwinter Night’s Dram Act 10, a blend of rye whiskeys finished in port barrels. And to celebrate a decade of this Shakespeare-inspired spirit, the distillery is also releasing A Midwinter Night’s Dram: The Encore, an even more limited limited-release that was finished in white port barrels.

The formula for A Midwinter Night’s Dram changes from year to year, but the 2022 release is as follows: the liquid consists of High West’s Rendezvous Rye that was finished in tawny and ruby port barrels, a blend of 80 percent rye and 20 percent malted rye distilled in-house, and 95 percent rye and 5 percent barley malt from MGP in Indiana. It’s bottled at 98.6 proof with an SRP of $150. The Encore has the same blend at its core, but this whiskey was finished in white port barrels from Portugal, an unusual cask finish for American whiskey. According to the distillery team, this type of barrel is much harder to get, and the effect of this cask finish was to give the whiskey similar characteristics to brandy. This whiskey was actually supposed to be blended into the new A Midwinter Night’s Dram, but after tasting it master distiller Brendan Coyle liked it so much he decided to release it on its own. Encore is bottled at 101.6 proof and is a distillery-only release ($150).

“It goes without saying that A Midwinter Night’s Dram is our most anticipated launch each year,” said Coyle in a statement. “We really started to notice it taking off the past five to six years, and the line that now forms at the distillery bright and early on release day speaks for itself… Each year’s Act is a slightly nuanced expression thanks to the flavors the whiskey picks up from the barrels, which are sourced from different wineries and have unique characteristics. With this year’s release of Act 10, you’ll taste notes of dark rye bread, black currant jam, candied ginger, bergamot, and smoked apple wood.”

Both whiskeys will be available next week, although you’ll have to travel to Utah to get your hands on a bottle of The Encore. Of course, it will hit the secondary market eventually as well, and a rep for High West mentioned that it is expected to sell for about $1,000 a bottle once it does. I guess congratulations are in order, High West, because it looks like you’ve got a baby unicorn on your hands.