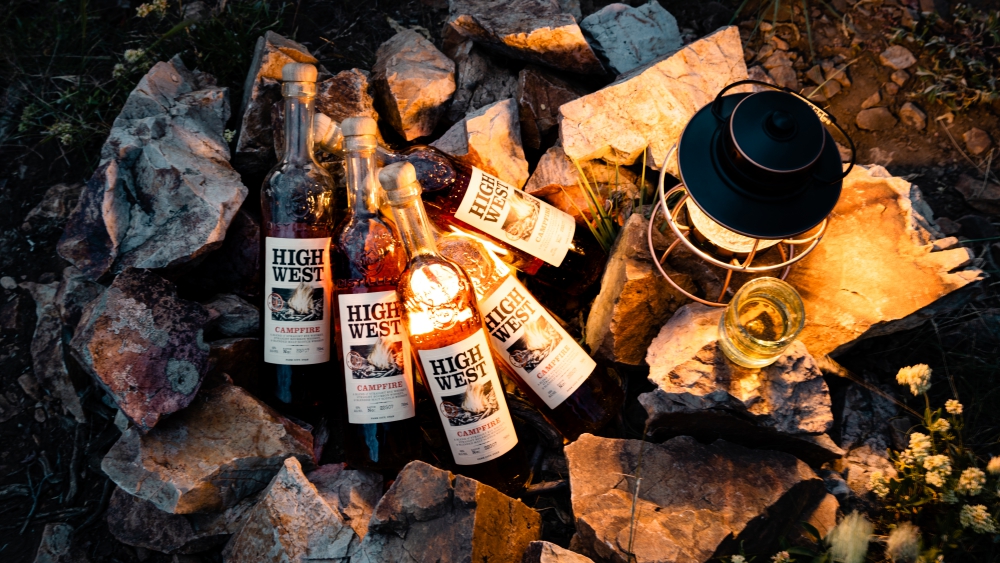 Utah distillery High West is set to launch the 2022 version of its Campfire whiskey this month, a summertime transatlantic blend of liquid from the unlikely trio of Utah, Indiana and Scotland. Trust us when we say this tastes much better than the DIY method of mixing together some Jim Beam, Old Overholt and Laphroaig in a glass at home.

High West is located in Park City, Utah, with two facilities making whiskey in the nearby mountains and in the city’s Old Town. Indeed, some of this in-house produced rye whiskey is making it into the blend nowadays, although High West has made its name by sourcing barrels of whiskey from other distilleries and creating unique and well-regarded blends like Bourye, Rendezvous Rye and A Midwinter Night’s Dram. Campfire was originally inspired by founder David Perkins’ trip to Islay years ago, when he was served a dessert with peated syrup. This combination of smoky and sweet convinced him that blending bourbon and peated whisky might actually be a good idea, which brings us to the 2022 batch of Campfire.

In conjunction with this new release, High West announced the “Protect the West” initiative, committing $1 million to causes and groups that are focused on helping to preserve the land in that half of the country which is so heavily impacted by the effects of climate change. An initial donation of $150,000 has been made to three groups: Wildland Firefighter Foundation, Protect Our Winters and American Prairie. So if you get a hankering for something sweet and smoky but are more in the mood for whiskey than barbecued brisket, give Campfire a try and know that you’re contributing to a good cause while you sip.