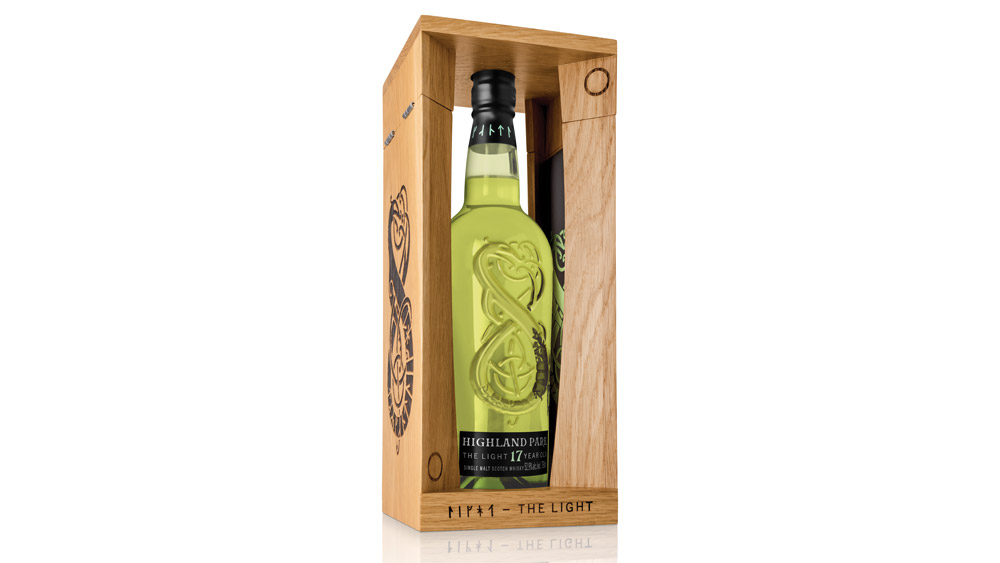 The sun shines an average of 18 hours a day during the summertime in Orkney, an archipelago in the North Sea off the northeastern coast of Scotland. It’s a stark contrast to the long, cold, dark days of winter, during which time Orkney rates among the more inhospitable places on earth. To celebrate the arrival of the enduring summer sun, Highland Park—the famed distillery on the isle Kirkwall—has just released a limited-edition, 17-year-old single-malt Scotch fittingly called The Light ($300), a companion to its 2017 release The Dark, which was a Robb Report Best of the Best whisky this year.

To understand how Highland Park whisky gets its distinctive flavor profile, we must consider Kirkwall’s curious geology. While the summer climate is mild, the wind there is anything but. Trees and other flora don’t stand a chance against the gale-force gusts that assault the island from all angles. This natural phenomenon strips the landscape bare and has a profound impact upon the 4,000-year-old peat that’s used to dry the whisky malt—it’s aromatic, rich in heather, and devoid of any woodiness, yielding Scotch with an astonishing floral intensity.

Matured entirely in refill American oak casks, The Light (105 proof) is a harmonious expression with full rounded flavor and superb balance. It brims with the sumptuous scents and tastes of summer. Dominant notes include lavender, honeysuckle, and caramelized pear. Vanilla and nutmeg mingle, as well. The smoky sweetness of the finish is sublime.

The Light abides in an impressive pale-green bottle embossed with a serpent dragon inspired by Viking lore, a nod to the distillery’s Nordic ancestry. “The Dark” and “The Light” are written in runes on the creature’s tail. Just 4,500 bottles will be made available in the U.S. and will be sold at specialty spirits retailers and online via reservebar.com.