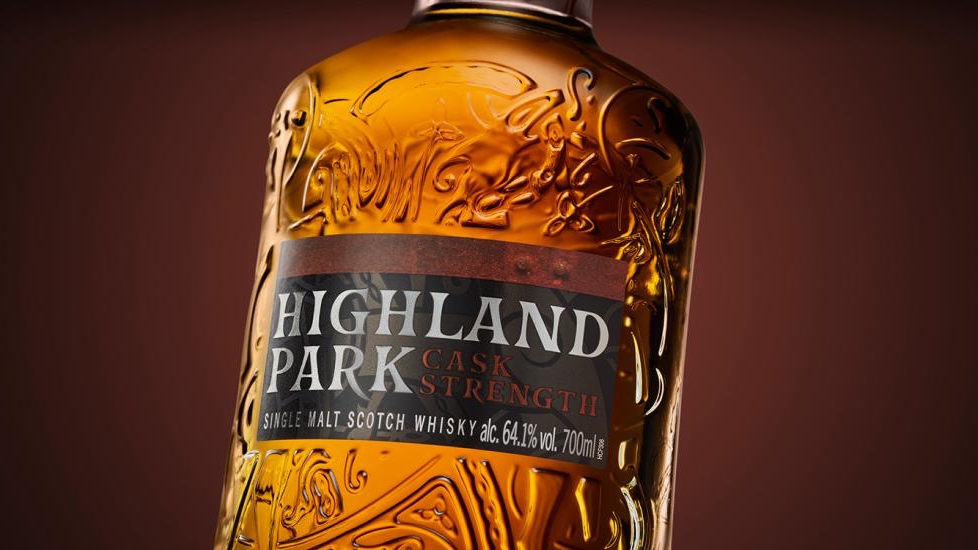 In the scotch whisky world, there are two styles that can be divisive at times: high-proof whisky bottled at cask strength with no water added to cut down the proof and intensely smoky scotch made from heavily peated barley. This new whisky from Highland Park combines the best of both of these worlds, meaning that the lovers are gonna love, the haters are gonna hate and all the while the angels will continue to drink their share.

Highland Park is an interesting and unique distillery, located in the far northern region of Scotland’s Orkney Islands in the small town of Kirkwall. Viking heritage is proudly on display with bottles called things like Viking Heart, Viking Honor, Viking Scars, Valkyrie and Valknut. The whisky tends to strike a nice balance between sherry and peat influence—not quite reaching the sherry bomb levels of The Macallan and not as smoky as an Islay scotch like Ardbeg. This is the third release of Highland Park Cask Strength and the new whisky clocks in at 64.1 percent ABV, which is definitely something to contend with. The liquid was aged in three different cask types—first-fill sherry-seasoned American oak, first-fill sherry-seasoned European oak and a lesser amount of refill casks. And according to the brand, this release uses a higher amount of Orkney peated malt, meaning that the palate of the whisky starts off with strong smoky notes followed by honey-glazed lemon and a hint of anise.

“With Cask Strength, you are at a great place to start exploring the taste that best suits your palate by adding water, ice or your preferred serve,” said master whisky maker Gordon Motion in a statement. “It’s your whisky and should be enjoyed your way. For me, a cask strength whisky really celebrates that balance between old and new, and I look forward to seeing how consumers enjoy the new whisky.” Cheers to the concept of drinking whisky how you like it, despite what anyone else thinks. But this does certainly seem like a dram that could use a splash of water or two to mellow it out a bit.

Highland Park Cask Strength No. 3 will be available via ReserveBar later this month, as well as at other online retailers, for an SRP of $99.99.