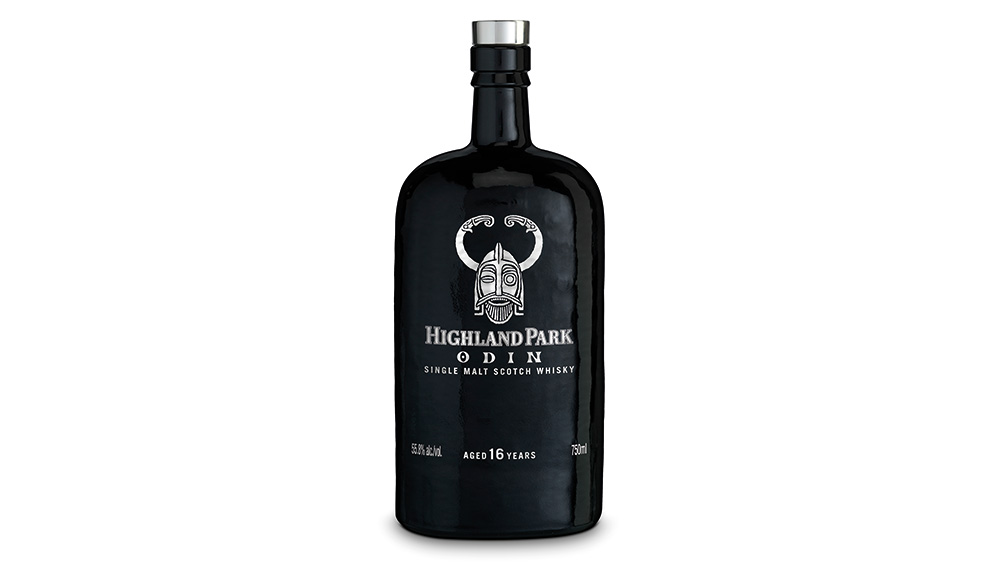 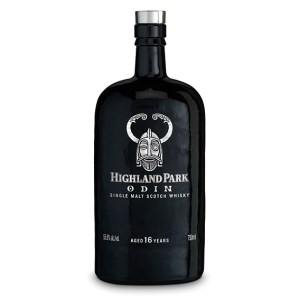 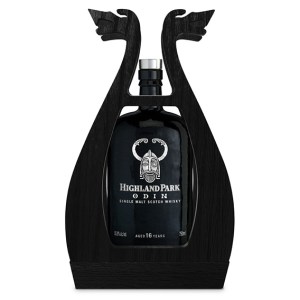 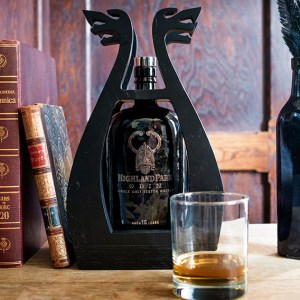 In 2012, Highland Park—a remote distillery that was founded more than two centuries ago on northern Scotland’s windswept island of Orkney (once a favored Viking haunt)—created the Valhalla Collection, a limited-edition collection of cask-strength single malts that each pay tribute to a different Norse god.

First there was Thor, a 16-year-old single malt representing the mighty god who used his hammer to create the rugged cliffs of Yesnaby on Orkney’s far western shores. Then came Loki, a mischievous god personified as a 15-year-old single malt. And last year Freya, goddess of love, was unveiled as another 15-year-old whisky.

But now comes Highland Park Odin—named for the strongest of all the Norse gods, who was so driven by an unquenchable thirst for wisdom that he sacrificed one of his eyes for infinite knowledge. No doubt Odin’s thirst could have been more easily quenched by this appropriately powerful 111.6-proof, 16-year-old single malt, brimming with notes of peat, sherried walnuts, and a subtle vanilla flourish in the finish. Housed in a distinctive wooden frame that echoes the contours of a Viking longship, only 17,000 bottles, priced at $350 each, were produced, 2,400 of which have been allocated for the United States. (highlandpark.co.uk)