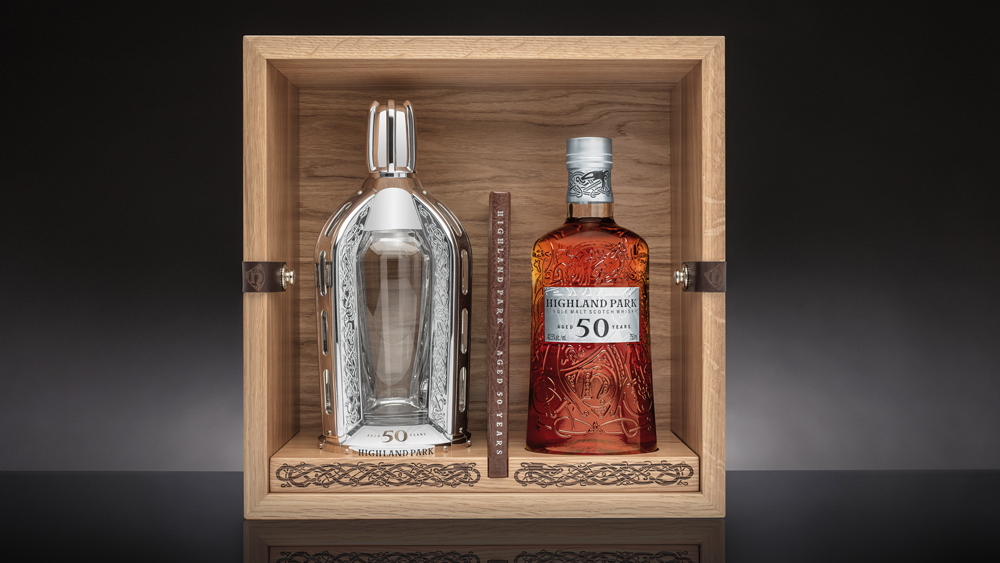 Whisky that not only survives in barrel for 50 years but also thrives without taking on too much wood deserves a special treatment. And that’s just what Highland Park has given this batch of scotch, which was first put into its sherry-seasoned casks in 1964 and stored in the lonely reaches of a warehouse on the Scottish island of Orkney.

Its nature is the Viking spirit that imbues the island—hearty, bold, and up for a challenge—and characterized the distillery’s founder, Magnus Eunson, a descendant of the Vikings who claimed Orkney for 600 years. He had little regard for the rules; in the late 1700s he smuggled his whisky (a much more raw and potent spirit, to be sure) out from High Park under cover of night. The peat harvested for his original rough spirit is the same used today (and in 1964), but thankfully the single malt now tastes of balance and artful blending. A gentle whiff of the sweet heathery peat gives way to the black cherry and cedar notes in this Highland Park 50 Year Old ($15,000).

Only 274 bottles came from the two casks that created this Orkney iteration. Each vessel is its own work of art, designed by artist Andy Bowman, who took inspiration for the good-versus-evil battle waged between a beast and serpents from Nordic sagas and depictions in the ancient Norwegian village of Urnes.

As much care as went into the bottle was taken with the amber now housed within: When the two hogsheads were removed from Orkney to be united in Highland Park’s warehouse in Glasgow, they left the island separately for safety, traveling like the royalty they are.