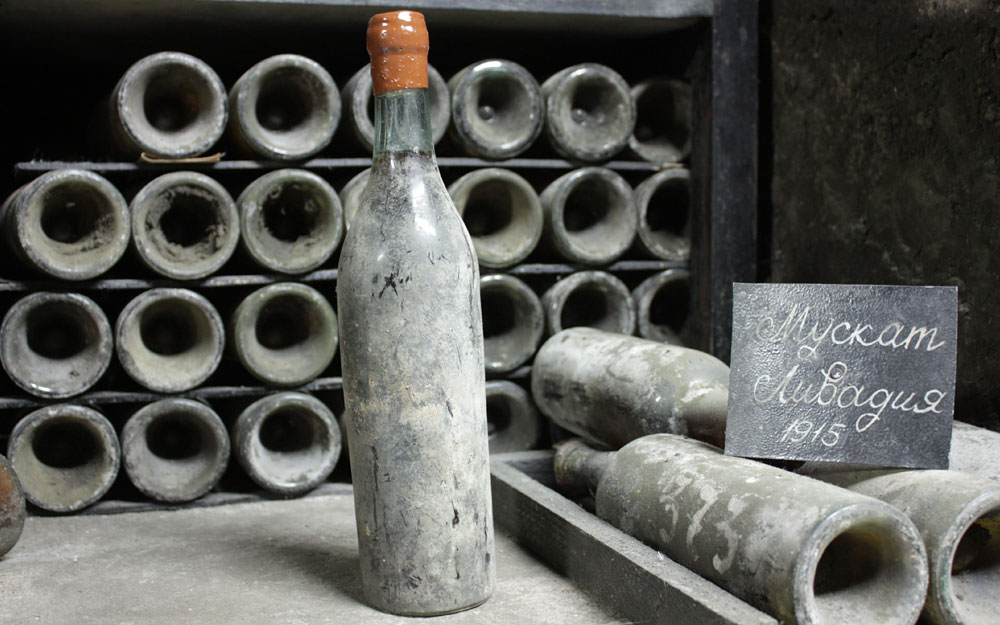 The most sought-after wines of the legendary Massandra Collection—from the eponymous 19th-century Crimean winery built to supply wine for the summer palace of Tsar Nicholas II of Russia—are headlining Heritage Auctions’ upcoming Beverly Hills sale. Massandra is known for its mountainous granite terrain, and was chosen for the aging of wines that the tsar hoped would rival those of Bordeaux or the other great regions in France and Italy. The March 29 auction will feature 47 different Massandra vintages, representing almost the entire catalog from the famed estate.

A rare 1915 white muscat (estimated at $1,000), which wasamong the last bottles to appear in the tsar’s cellar before his assassination in the 1917 Russian Revolution, is expected to be one of the top lots of the 145 total lots of tokays, muscats, sherries, and ports. The director of Heritage’s Fine and Rare Wine department, Frank Martell, sampled and hand-selected nearly every Massandra vintage to appear at this month’s auction—the most extensive vetting process done for any of the house’s U.S. wine sales—and has provided tasting notes and ratings for each lot.