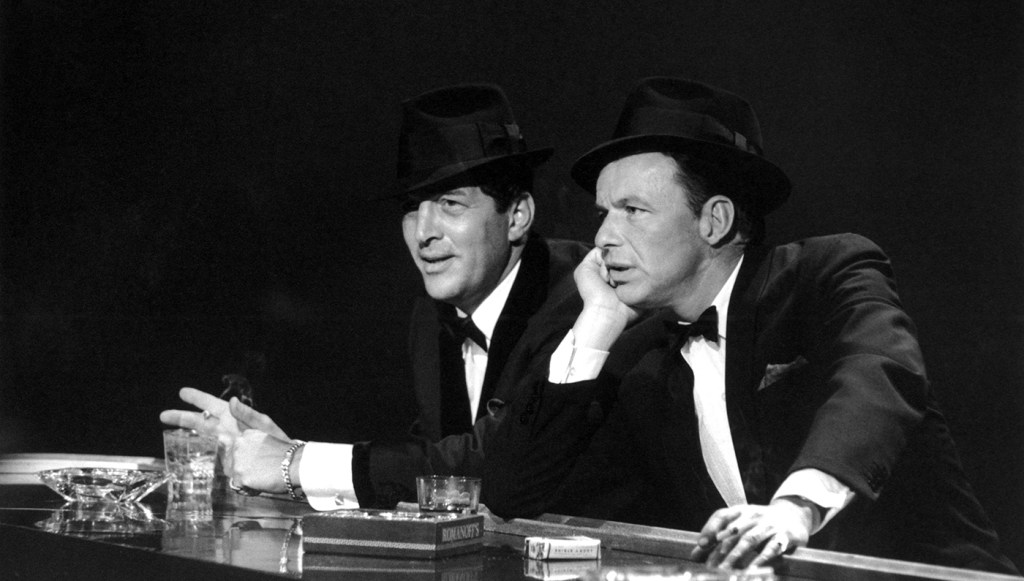 With his dark good looks, mellifluous voice, hilarious one-liners, and ever-present rocks glass, Dean Martin was a walking, talking, singing advertisement for getting soused. He was a one-man cocktail party, and all of the United States was invited to pour a stiff one and join in the fun. And during his heyday in the 1950s and ’60s, it sometimes seemed as though everyone did.

Some, including Martin’s son, said it was really apple juice in the rocks glasses Dean Martin brought onstage. Others begged to differ, including his singing and drinking buddy Frank Sinatra, who said, “If we ever develop an Olympic drinking team, [Dean’s] gonna be the coach.” But how much Martin actually drank is beside the point. He always seemed bombed, and that was what mattered.

Dean Martin got his start as the straight man for Jerry Lewis—they were the most popular comedy act in the country in the early and mid ’50s. After they split up, Martin became a full-time crooner and developed the drunk act to go with it. He was never that interested in actually singing during his loose, haphazard Vegas shows and TV appearances, preferring to extol the virtues of drinking and drunkenness—while knocking back a few himself, of course. “I don’t drink anymore,” he’d say. “I freeze it now, and eat it like a popsicle.” Or “You’re not really drunk if you can lay on the floor without holding on.” And even “I feel sorry for you people who don’t drink, because when you wake up in the morning, that’s as good as you’re gonna feel all day.”

Martin was one of the top draws in Las Vegas for decades, and The Dean Martin Show was a TV-ratings giant for most of its nine seasons, starting in 1965. Sinatra went down in history as the greater artist; Martin’s records haven’t passed the test of time nearly as well. But no less a legend than Elvis Presley claimed Martin as a vocal influence. And as for his drinking, a generation of inebriated game-show panelists and talk-show guests owe him a debt of gratitude. Getting tipsy has always been one of the perks of adulthood, but nobody before or since Dean Martin ever made it look so cool.