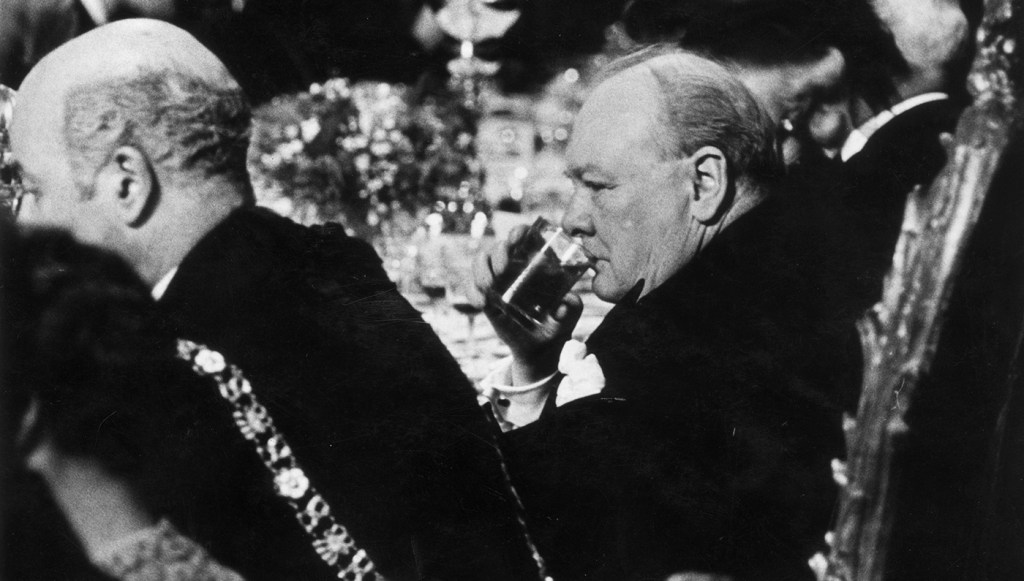 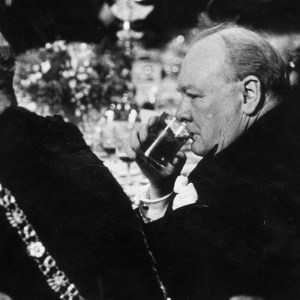 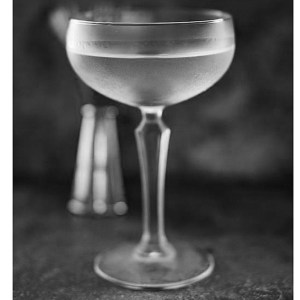 Trying to save Europe from conquest at the hands of the Nazis would be enough to drive any man to drink. Fortunately for Western civilization, Winston Churchill was the right man for putting down Hitler’s war machine—as well as prodigious quantities of booze.

Churchill began drinking long before he ascended the global stage, and continued doing so until his death in 1965 at the age of 90—his advanced age making a good argument for his particular cigars-and-booze diet. But it was as prime minister that his capacity became legend. A typical day would begin with a few weak whisky and sodas (his preferred brand was Johnnie Walker Red Label) and end with an after-dinner brandy; in between, he treated himself to plenty of Bordeaux claret and Champagne, as well as more whisky. Whether he enjoyed martinis is the subject of some debate; the Churchill Centre cites no evidence of his drinking them, at least not voluntarily. But a “Churchill Martini” is still known to many imbibers as a glass of cold gin with a nod in the direction of France in lieu of vermouth.

His legendary rate of consumption seems to have not affected Churchill’s stamina in the least; he was known for working into the wee hours, fortified by a late-afternoon nap. Did his drinking provide the statesman with the wherewithal to fight for his beloved country? Or did he manage to lead England to its “finest hour” in spite of it? We’ll never know. But perhaps it’s best to let Churchill himself have the last words: “I have taken more out of alcohol than it has taken out of me.”