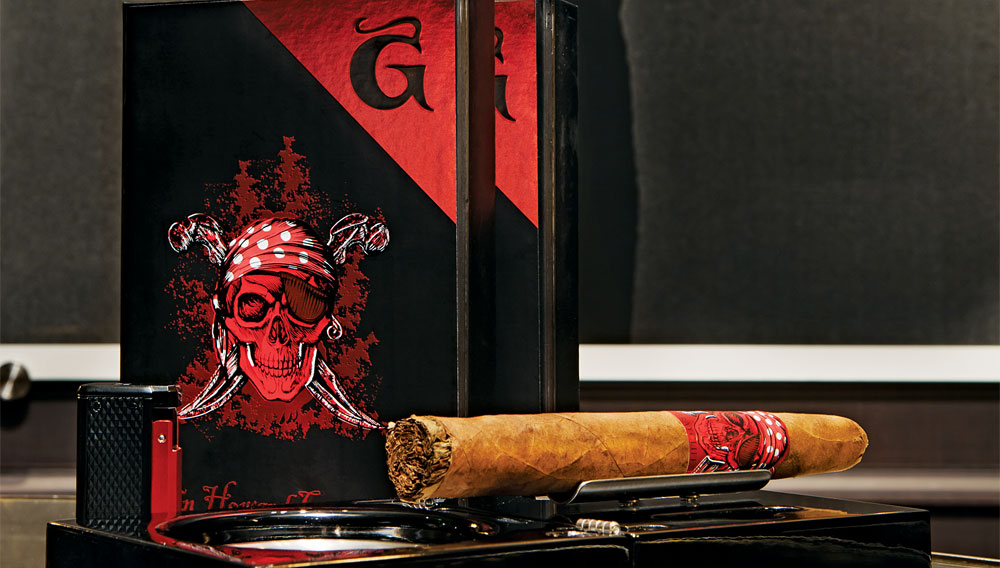 GRAYCLIFF JOHN HOWARD GRAYSMITH BUCCANEER AND CANNON John Howard Graysmith was a Caribbean pirate who commanded the schooner Graywolf before being captured and eventually pardoned by the British. He settled down in Nassau in 1740 and founded what has become the Graycliff restaurant, hotel, and cigar factory. Graycliff’s newest cigar is named in his honor and made in two shapes that reflect his seafaring days: the Buccaneer, a 7×60 torpedo with a perfecto tip, and the Cannon, a 7×60 parejo with a “wild,” or untrimmed, foot. Both are made without the use of molds.  Rolled with a 3-year-old Ecuadoran wrapper accented by a Costa Rican binder and a Dominican, Honduran, and Nicaraguan filler, these cigars look as rugged as they sound and are as powerful as a French frigate’s 36-pounder. ($29 each/ $145 for a pack of five) www.graycliff.com