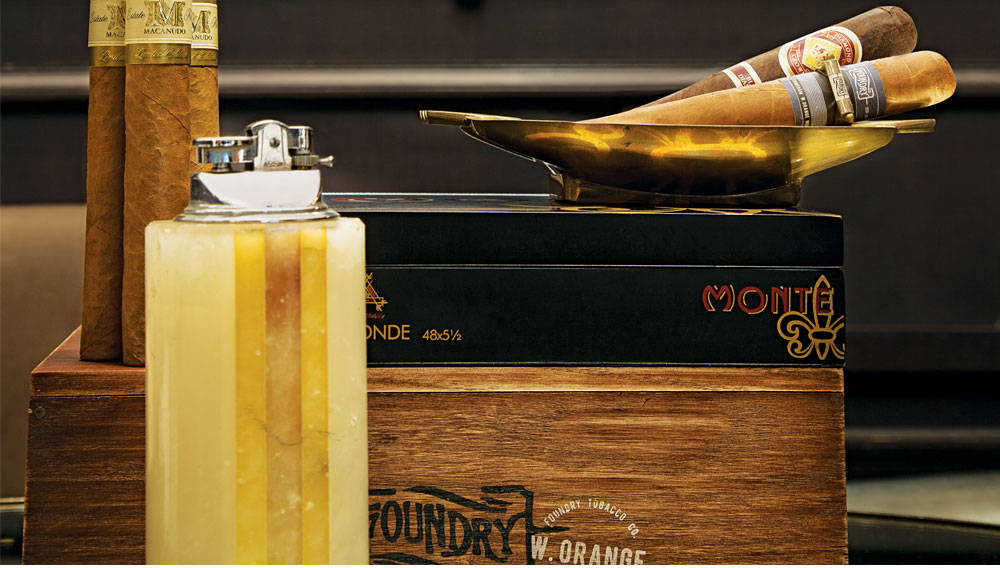 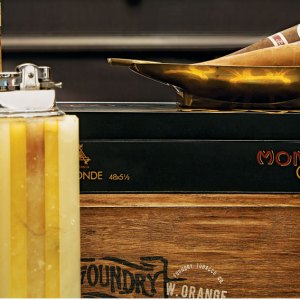 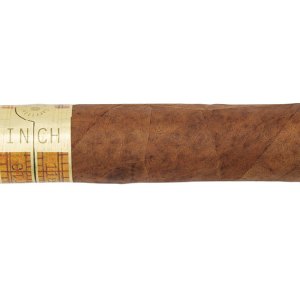 BLACK DIAMOND Made for the J.C. Newman Cigar Company by its partner Tabacalera A. Fuente y Cia., Diamond Crown has always been known for its Connecticut shade wrapper and trademark 54-ring gauge in a variety of lengths. The best Connecticut broadleaf is deeply fermented, resulting in the dark, oily wrapper of the relaunched Black Diamond, a cigar that smokes with a gentle intensity that lingers long after the ash has cooled. Five sizes are offered. ($11.25–$19.45) www.cigar​family.com

COHIBA EDICIÓN DIAMANTE Last year Cohiba did not add any new shapes to this line, but the company has made amends by recently introducing an 8¼×49 Churchill-sized “A,” which is presented in individual cedar tubes. Our favorite, a 6×60 gigante (actually a toro), comes packed in individual cedar “coffins,” an unfortunate industry term for such an attractive presentation. Both offerings sport spicy, deeply hued Cameroon wrappers from the highly acclaimed 1980 harvest. (8¼×49, $33.33; 6×60, $27) www.cigarworld.com

DAVIDOFF COLORADO CLARO ANIVERSARIO NO. 3 When evaluating a cigar, we typically smoke just two or three examples. But this newest addition to Davidoff’s limited-edition Colorado Claro series sent a siren call we could not resist. Its oily Ecuador-grown Connecticut-seed wrapper has the sheen of a fresh oil painting and smokes on the tipping point of medium into heavy. Its 6×50 size will easily last through a snifter of Highland Park 18 Year Old. ($20.70 each/$207 per box of 10) www.davidoff.com

EPC EDICIÓN LIMITADA 2013 Another first for Ernesto Perez-Carrillo, this is EPC’s only cigar with a Mexican maduro wrapper. With its Nicaraguan filler, this Dominican-made cigar is a full-bodied smoke. It is being released as a limited edition of 1,500 individually numbered zebrawood boxes of 20. ($15 each/$300 per box) www.epcarrillo.com

FONSECA CUBANO EXCLUSIVO This popular Dominican cigar has been around for 40 years, but the new Fonseca Exclusivo is not your father’s Fonseca, a fact hinted at by its new double band. The box-pressed cigar’s blend has been revved up with a Habana Vuelta Arriba wrapper planted in the Dominican Republic from Cuban seeds imported directly from the island rather than Cuban-seed tobacco regrown from seeds brought to the Dominican Republic by Cuban expatriates. The result is a spicy floral heft that warrants a Hennessy Paradis Imperial. Four sizes are offered: belicoso, gordo, robusto, and corona gorda. ($6.95–$8.95) www.sagimports.com

THE FOUNDRY WEST ORANGE The Foundry, an avant-garde subsidiary of General Cigar, produces cigars made with semisecret tobaccos and rolled in shapes and concepts that seem to come from an H.G. Wells novel. One of the more down-to-earth releases this year is the 5½×50 West Orange, named after the New Jersey location of Thomas Edison’s laboratory, where he experimented with direct current and the phonograph. To be sure, this is an electrifying cigar, as evidenced by the metallic fuse that is part of the band. ($7.95–$9.45) www.foundry​tobaccocompany.com

THE INCH SERIES BY E.P. CARRILLO IPC NO. 70 Last year we marveled at Ernesto Perez-Carrillo’s ability to create a humongous yet smokable cigar that measured a full inch in diameter—the 61/8×64 Inch—and we speculated that a 70-ring behemoth might not be far off. That day has arrived with the IPC 7×70, a handful of stogie more than an inch in diameter. Using the same Nicaraguan and Dominican filler, Nicaraguan binder, and a choice of Ecuador Sumatra or Connecticut broadleaf wrappers, the 7×70 provides a major smoke. ($12) www.epcarrillo.com

MACANUDO ESTATE RESERVE This is the first of an annual limited edition for Macanudo, the best-selling cigar in the United States. For this release, Macanudo’s trademark Connecticut shade wrapper is sourced from an independent grower rather than company farms and paired with Dominican filler and binder tobaccos aged 8 to 10 years. This full-flavored yet creamy blend will never be made again. Only 3,000 boxes of 10 in each size have been produced, with cedar coffins individually wrapped in gold foil. Three sizes are available, of which the 6×52 No. II is our favorite. ($16–$18) www.cigarworld.com

MONTECRISTO MONTE Those familiar with this historic brand often refer to it as “Monte,” a nickname that has been adopted for what may be one of the most complex Montecristos yet. With an Ecuadoran Habano wrapper and Dominican filler, it boasts a double binder consisting of spicy Dominican olor teamed with a vintage Nicaraguan Corojo leaf for a touch of sweetness, giving an already flavorful cigar extra depth with every puff. Of the three sizes, we prefer the pigtailed 5½×48 conde. ($8.95–$9.50) www.altadisusa.com

PDR SMALL BATCH RESERVE Last summer’s International Premium Cigar & Pipe Retailers trade show in Las Vegas was abuzz with tobacconists talking about PDR Cigars. The initials stand for “Pinar del Rio,” Cuba’s famed tobacco-growing province, but PDR cigars are hand rolled in the Dominican Republic in a boutique factory owned by the blender Abe Flores. Twelve different cigars are produced, including three Dominican puros, but the one that captured our attention was the Small Batch Reserve, which features a silky Cuban-seed Brazilian wrapper and packs medium-strength finesse. Like all PDR cigars, it is rolled in the old Cuban entubado style, adding to an already smooth smoke. ($7.08–$9.63) www.pdrcigar.com