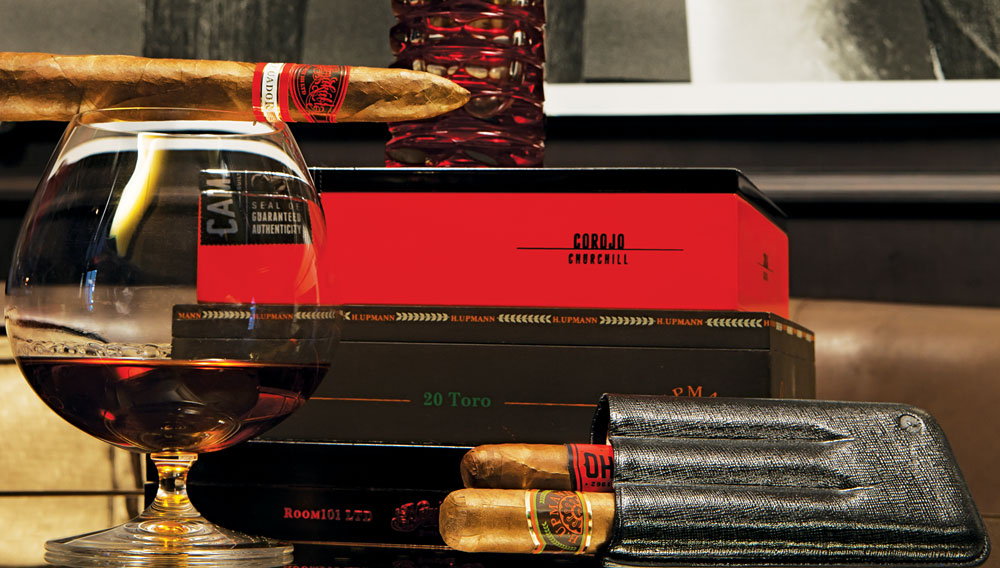 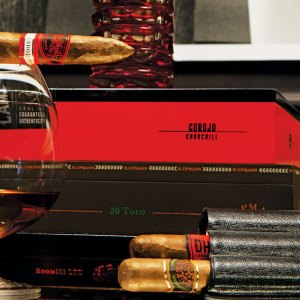 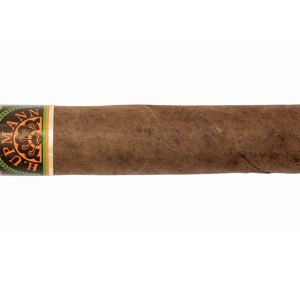 CAMACHO COROJO After its recent acquisition by Oettinger Davidoff AG, Camacho undertook a dramatic repackaging and reblending of most of its cigars. This Honduran Corojo puro, Camacho’s flagship cigar, has been reblended to closely approximate the original power smoke, which was one of the strongest stogies to come out of the Jamastran Valley. It still is, with three Corojo leaves in the filler now instead of one. Six sizes are in the lineup, ranging from a 5½×44 corona to a 6½×54 gigante. ($6.50–$8) www.camachocigars.com

CAMACHO SCORPION BLACKOUT In honor of the Mayan belief that scorpions venture into the fields at night to protect the crops, the arachnid has been adopted as the new Camacho logo. The brand’s first limited edition is the Blackout, with 1,000 boxes in each of five sizes using multiple vintages of tobaccos for their Ecuadoran wrappers, Nicaraguan binders, and Nicaraguan, Brazilian, and Honduran fillers. After rolling, the cigars were aged 2 years, further intensifying flavors stronger than a scorpion’s sting. ($11–$13) www.camachocigars.com

H. UPMANN LEGACY This velvety smoke is laden with the flavors of well-aged Dominican and Nicaraguan filler leaves dating back to 2008 and a meaty Ecuadoran Sumatra wrapper with its own enticing and aromatic heft. Even though the brand began in 1844, this cigar may be H. Upmann’s best legacy. Of the three sizes produced, the 6×52 toro is our après-dinner choice. ($5.85–$6.85) www.altadisusa.com

NAMAKUBI From Room 101, a subsidiary of Camacho, Namakubi is a medium-full smoke, thanks to its Honduran and Dominican filler, Honduran Corojo binder, and Ecuadoran Habano wrapper, all of which add up to a solid gut punch of flavor with an extra dose of ligero in the filler. The name Namakubi is a reference to the ancient practice of presenting a victorious samurai with the head of his foe. We prefer to interpret it as a reference to severing the cap on the head of the cigar. ($7–$12) www.camachocigars.com