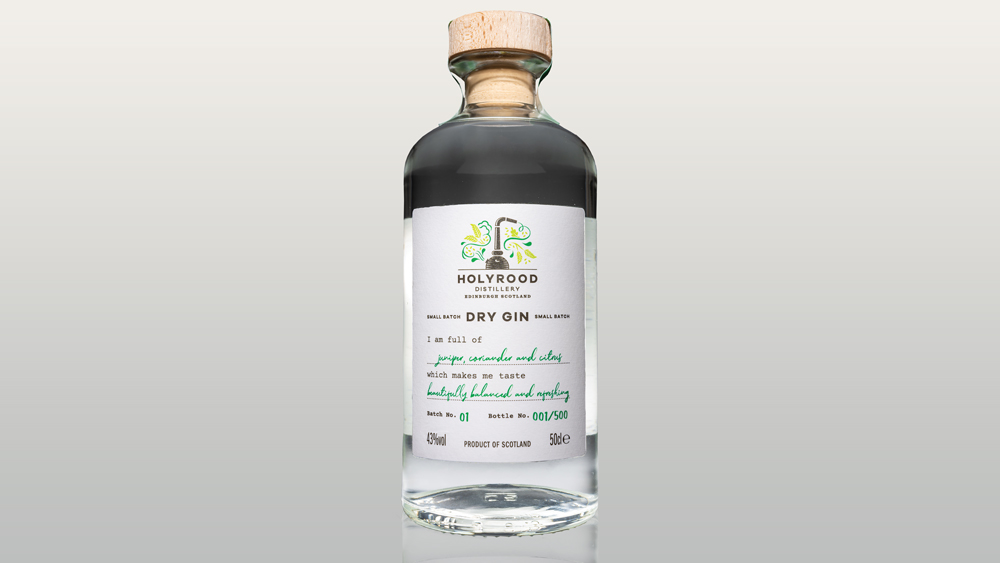 Next year, central Edinburgh will get its first single-malt whisky distillery in 90 years, reviving a tradition lost with the closing of the city’s last distillery in the 1920s. A quick jog off the Royal Mile, Holyrood Distillery — so named for its proximity to the Holyrood Palace — is currently taking shape in a historic engine shed. But what does a distillery do before its warehouses are full of barrels of mature whisky? It sells gin.

In October, Holyrood opened a tasting bar and shop directly across the lane from its mother ship and filled it with prototypes. The goal: to find out what people like to drink. Though the move sounds more like a Silicon Valley start-up than an old-world operation, the distillery’s clear spirits don’t swing too far from tradition.

Head distiller Jack Mayo (who, by the way, wields a PhD in astrophysics) has played it straight, leaning heavily on the holy trinity of juniper, coriander, and angelica to produce mostly dry gins. “People think they like juniper,” he says, “but it’s really the coriander. With the same compound as in hops, coriander adds citrus and spice.” Holyrood has jumped on pink gin, too—slightly spicier and more floral with pink peppercorns, raspberry, and grapefruit. It’s not that those botanicals lend any actual pinkness, with a distillate being, well, clear; rather, the gin is “pinked up,” as Mayo puts it, with hibiscus and rose petals. There will be a spiced gin and an Old Tom–style version. And, eventually, whisky.

Until then, you have the chance to weigh in on what you’d like to be sipping in a few years.