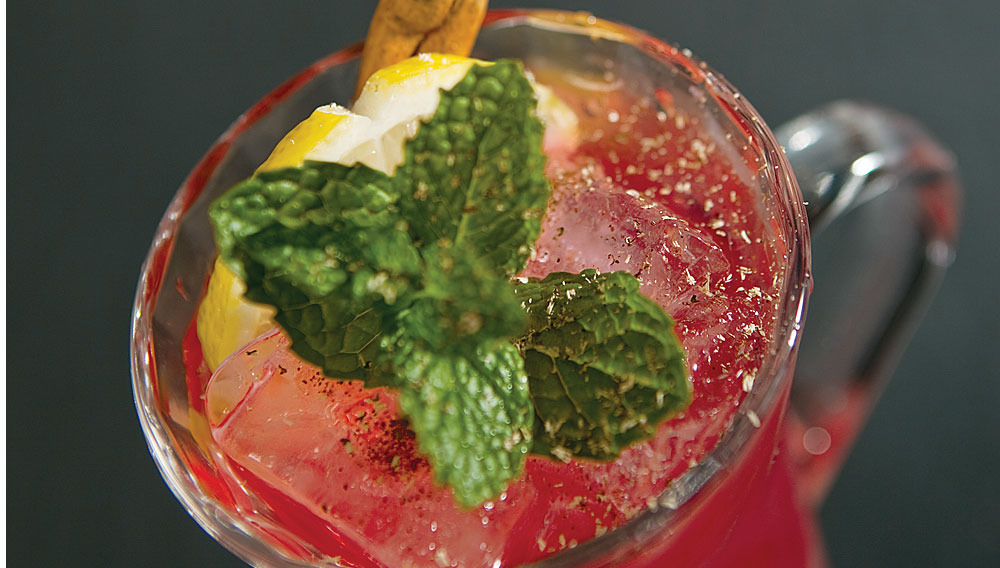 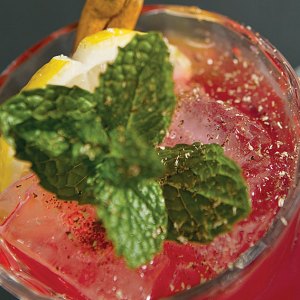 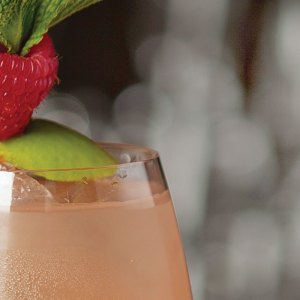 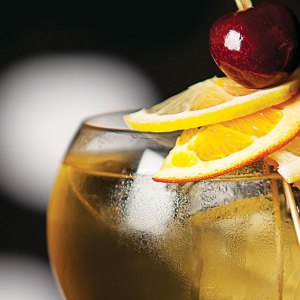 Although punch generally conjures up thoughts of 1950s-style bowls of sherbet and soda, traditional punches are appearing with regularity on hip Brooklyn cocktail lists as well as at new restaurants and bars in Los Angeles.

“The idea of a punch from the antiquity of cocktail culture to modern times is the ease of serving a group,” Katz says.

In America, punch dates to the late 17th century, when the English introduced it by way of the East Indies. The word comes from the Hindi panch, which translates to “five,” referring to the quintet of ingredients generally found in the Indian beverage. The original spirit in the Indian version was arrack, which was made from distilled rice and sugarcane, with spices, lemon juice, water or tea, and sugar rounding out the mixture. When punch took hold in the colonies, rum was the spirit of choice, which is why rum punch became the norm.

However, the notion of serving a group with a single bowl might go back even further in history. “If you go to the Piedmont region of Italy, they pass around in group gatherings what’s called a friendship bowl,” Katz reveals. “It’s a big bowl filled with wine, and they pass it around and drink from it, singing songs. It’s a wonderful communal way of enjoying a social experience.”

Combine the juices, vodka, Grand Marnier, passion fruit puree, bitters, and sugar in a large punch bowl, and stir well. Adjust sugar to taste, if necessary. Let stand for 20 minutes, then add a large block of ice. Fill each glass with punch, leaving room to top off with 2 oz. Campari soda. Garnish with a mint sprig and lemon, lime, and orange peels. Serves four. (*To make Campari soda, add equal parts Campari and cold water to a soda siphon and charge with a carbon-dioxide cartridge. Shake before serving, and store in the refrigerator.)

Combine the juice of the two lemons with rum, liqueur, and sugar in a large punch bowl. Adjust sugar to taste, if necessary. Let stand for 20 minutes, then add a large block of ice, chilled Champagne, and club soda. Garnish with thin slices of lemon and orange. Serves four.

Combine the juices, cinnamon syrup, tequila, and pomegranate liqueur in a large punch bowl. Let stand for 20 minutes, then add a large block of ice. Fill each glass with punch, leaving room to top off with ginger beer. Garnish with a sprinkle of nutmeg, a lemon wheel, a mint sprig, and a cinnamon stick. Serves four. (*To make cinnamon syrup, bring 2 cups superfine sugar, 1 cup water, and 4 cinnamon sticks to a boil. Cool completely and store in an airtight glass container.)