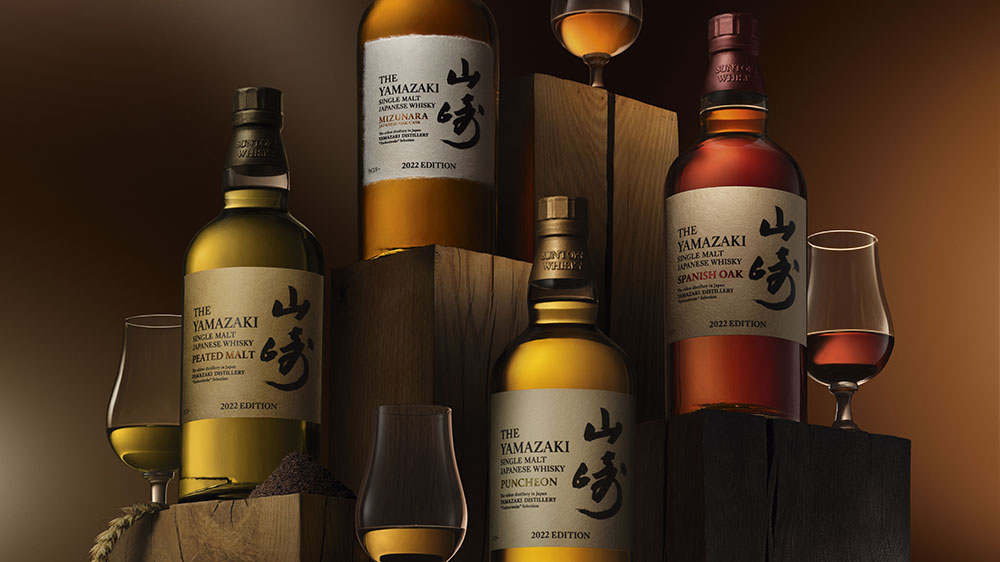 Yamazaki may not be 100 years old yet, but that doesn’t mean it’s lacking achievements to celebrate.

The House of Suntory, which owns Yamazaki, has just unveiled its latest release, the Limited Edition Tsukuriwake Selection. The line is made up of four bottles, each of which represents one of the four components used to make the distillery’s famed single malt whisky, which was introduced in 1984.

The Yamazaki was founded by Shinjiro Torii in 1923. It was the country’s first malt distillery and had to figure out its own way of making whisky. Doing so involved experimenting with different grain types, washbacks, distillation methods, casks and blending techniques, all of which have informed its globally renowned Tsukuriwake style of whisky making. In the new limited selection, each of the elements that form the Yamazaki’s beloved single malt—Puncheon, Peated Malt, Spanish Oak and Mizunara—gets to shine on its own.

The Puncheon, which is considered the “heart” of Yamazaki, is a pale gold single malt aged slowly in casks crafted from American oak to better draw out its complexity and vibrance. Up next, is the Peated Malt, or “hidden accent,” which has a bright gold color and a taste that’s at once subtler and earthier. After that is the Spanish Oak, which is aged in oak casks originating in the north of Spain and has a reddish hue, hints of dried fruit and goes down particularly easy. Last, but not least, is the Mizunara, an amber single malt aged in Japanese oak barrels that has a gentle cinnamon nose and a woody finish reminiscent of incense.

“What excited me most about this launch is that just one year before the 100th anniversary of Suntory Whisky, we can finally share the full story behind our Tsukuriwake way of whisky making, which was born from the Founding House of Japanese Whisky,” chief blender Shinji Fukuyo said in a statement. “The 2022 Yamazaki Limited Edition Tsukuriwake Selection honors the fact that greatness comes from diversity. And in doing so, we unveil what truly makes Yamazaki Single Malt Whisky the authority of Japanese Whisky.”

Yamazaki’s Limited Edition Tsukuriwake Selection was released in Japan in 2020, but will be available globally for the first time starting next month. Bottles of the Puncheon, Peated Malt and Spanish Oak will sell for $450, while the Mizunara will cost $620.