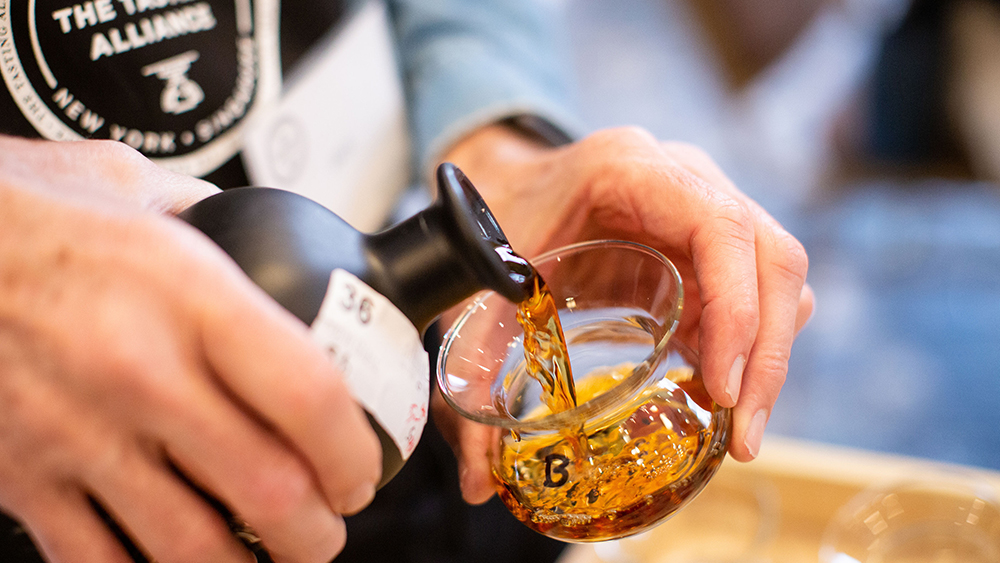 If you’ve spent any time browsing shelves in a liquor aisle, you’ve most likely seen bottles affixed with stickers touting awards won at the San Francisco World Spirits Competition (SFWSC). You may have even made spirits purchases based on the competitions’s endorsement. But unless you happen to be a spirits industry insider, you probably know next to nothing about the process that results in those coveted little stickers being conferred. Heck, I am a spirits industry insider, and for most of my career I was mostly in the dark about the process. Until a few weeks ago, that is, when I went there to see what goes on for myself.

Founded in 2000 by James Beard Award-winning drinks sage (and former Robb Report contributor) Anthony Dias Blue, the SFWSC promotes itself as the spirits industry’s most influential competition. While that may be open to debate, there is no denying the bona fides of the competition’s judges. The list annually reads like a Who’s Who of cocktail culture, and includes bartenders, bar owners, educators and even a few journalists. The best of the best in American mixology. Among the many luminaries who passed judgment this year, over 50 in all, were “King Cocktail” Dale DeGroff, New York City bar impresarios Julie Reiner and Ivy Mix, and Tony “The Modern Mixologist” Abou-Ganim, who served as director of judging.

As the head of the competition, Dias Blue makes the final call on the judges. It’s pretty much the same group year over year. When someone drops out, a “rookie” is added. Again, Dias Blue makes the call, but he surely gets input from trusted long-time judges like Tony Abou-Ganim and Dale DeGroff.

Over the course of three days (March 22 to 24) the judges evaluated nearly 2,500 spirits across 48 categories. They split up into groups of four or five and tasted the spirits blind to insure impartiality. They were given basic information such as proof, age and, say, any special barrel finishing, but beyond that, just a bunch of unmarked glasses filled with fortified liquid. It’s a spirits competition, not a cocktail competition. So everything is evaluated straight. They spit, of course. They wouldn’t make it past the first round otherwise. And there are many, many rounds.

One round of many  Katelyn Tucker

Of the 2,500 or so spirits entered, each judge will taste approximately 175 to 225 over the course of three days. The rounds are laid out in a very common sense way with the highest proof spirits at the end. The same with bold flavors—things like herbal liqueurs and absinthe are always tasted on the tail end of a round. Judges can take as much time as they need and take breaks as necessary.

After the individual judges assigned scores ranging from Double Gold, Gold, Silver to Bronze (or, in some unfortunate cases, no score whatsoever) the group decided on final scores for each entry. Entries that receive a Gold medal from all judges on a panel earned a Double Gold award. On the final day of the competition, select Double Gold spirits advanced to the Sweepstakes round, where the judges deliberated to determine the Best of Class and Best in Show Premium Award winners.

You may be wondering who pays for all of this. Dias Blue, of course! Now, while Andy (as he’s known to us insiders) is a generous guy with a natural curiosity about spirits, he’s not made of money either. And it costs a lot of money to bring 50 of the spirits world’s biggest wigs to San Francisco for a long weekend. To that end, brands pay a nominal fee to enter the competition ($550 and under, based on size of the brand). They’re also given the option, post competition, to pay to license their SFWSC award for sales and marketing purposes. So brands pay to display those winning stickers on their bottles, all in the hope that consumers will pull out their wallets too.