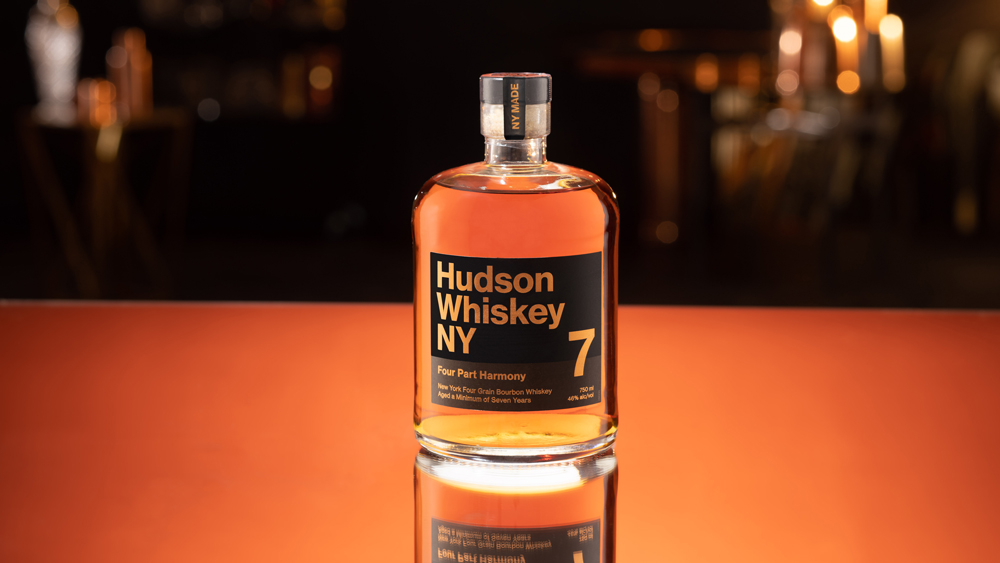 The American craft whiskey movement has come a long way since it started to take off about two decades ago. There are now nearly 2,000 craft distilleries operating in the US, according to the Distilled Spirits Council. Some of these are new to the scene, while others have been around for a decade or more. One of the elders is Hudson Whiskey, which is made at New York’s Tuthilltown Distillery in the Hudson Valley. Tuthilltown got its start in 2003, and is now owned by Scottish drinks company William Grant & Sons, arguably invalidating the mostly subjective “craft” designation for some. But a visit to the distillery reveals a scene that is still very much in line with what many people think of as a craft operation. And most excitingly, Hudson Whiskey has just released its oldest whiskey to date, and the first to carry an age statement.

In general, many small operations tend to release whiskey at a much younger age than their larger corporate counterparts. The main reason for this is financial—the longer you have to wait to release a product, the longer you have to wait to make money off of said product. So if a craft distillery can age its whiskey in smaller barrels for less than two years, that is often the path taken. The problem has been that, while the creativity and chutzpah of these distilleries is admirable and good for the industry overall, sometimes the actual liquid just doesn’t stand up to a tried and true six-year-old Kentucky bourbon. There are notable exceptions to this, of course.

More recently, craft whiskey has literally been coming of age, with producers releasing liquid aged for six years and beyond. Such is the case with Hudson Whiskey’s Four Part Harmony, a four-grain bourbon aged for seven years with a mash bill of 60 percent corn, 15 percent rye, 15 percent wheat and 10 percent malted barley. A four-grain bourbon was offered in limited numbers back in 2010, but at a much younger age. This release comes on the heels of a major rebranding of the whiskeys, giving them a new bottle design and New York-centric names like Bright Lights, Big Bourbon and Do The Rye Thing.

This is the best Hudson Whiskey product I have tested yet, although don’t go in expecting something similar to Kentucky bourbon (which, remember, this is not). There are strong notes of grain and fruit on the nose, followed by spiced orange, vanilla, red apple, cinnamon and honey on the palate. The finish is long and hot, which is not unappealing although a little more intense than you might expect at 92 proof. After a few sips, some bitter licorice and tobacco notes start popping up on the palate, giving this whiskey its own unique character.

While this might not be the whiskey I reach for on a random evening, it’s quite interesting to taste within the context of Hudson Whiskey’s trajectory. Remember, older whiskey isn’t necessarily better whiskey. But as these smaller craft distilleries reach a point where they have more aged stock, and can afford to wait for it to mature, you will find they are bottling more refined whiskey with less young woody notes. And that is definitely the case with this new and distinctive four-grain bourbon from a distillery that has been at it for a long time.